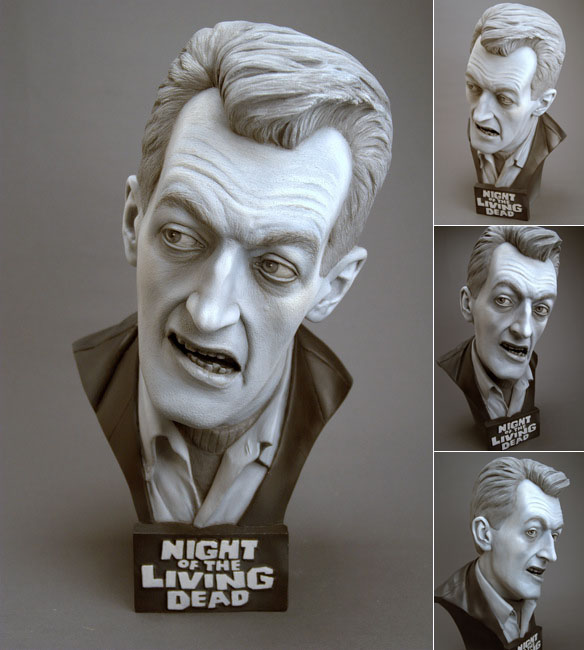 Before we had the rotting corpses of The Walking Dead, we had an old guy shambling through a cemetery in Night of the Living Dead. The Night of the Living Dead Cemetery Zombie Bust perfectly captures the likeness of the very first zombie we saw in George A. Romero’s classic hit as Captain Dweeb (I’m sure he was cool in 1968) speaks the now-classic line, “They’re coming to get you, Barbra.”

The 1:1 scale bust, sculpted in the US, is part of a limited edition consisting of only 100 pieces, and it’s been authorized and approved by Bill Hinzman, the man who portrayed the zombie, as well as appearing in countless other horror films.

The Night of the Living Dead Cemetery Zombie Bust is available for pre-order at Entertainment Earth for $349.99 and at Amazon.com for $384.99.

Better to be the walking wealthy than the walking dead, but this bank gives you the best of both worlds. This Walking Dead Michonne’s Pet Zombie Bust Bank will help you save your money to buy all of the Walking Dead comics and dvds. This […]