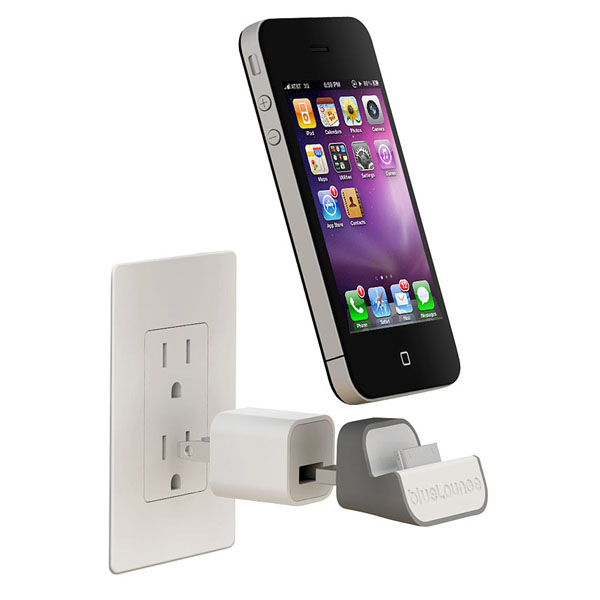 Ever since my nephew discovered the wonderful world of iPhone apps, he regularly borrows mine and returns it with a sheepish grin once the battery is running dangerously low. For that purpose alone, I’ve been bringing along the MiniDock for iPhone around and stashing it in my purse so I don’t find myself with a flat tire in the middle of nowhere with a phone that’s too low on power to make any emergency calls on.

The great thing about this MiniDock for iPhone by Blue Lounge is that it makes use of the Apple USB power adapter that comes with the smartphone package once purchased. Another thing my nephew likes doing is stream videos on the phone (which I don’t really get, because he can just stream stuff as well on the laptop); so while he’s watching, I still plug the phone into the socket. The dock supports the device at an angle that’s just right so you can still view stuff on the screen without too much discomfort. 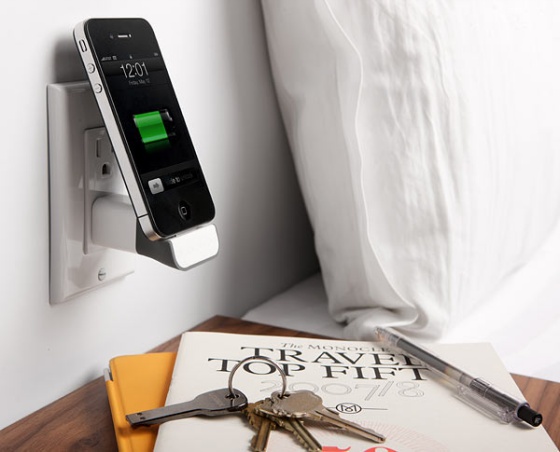 The MiniDock is great for internet chefs, but anyone who could use a dock that saves space will love it. What’s brilliant about the MiniDock is its use of your Apple USB power adapter. Yank out the cord, you don’t need it anymore! Then plug the MiniDock into the power adapter, and stick the adapter into the outlet. Voila! Your iPhone is perched at the perfect angle for viewing while it charges.

The MiniDock for iPhone is available from ThinkGeek for $19.99.

Some of you might remember the iPod LEGO Dock that we covered here at GeekAlerts last year. This playful audio accessory is now available in two new colors: black and white.

Can’t live without your iPod or portable speaker or other device that can only be charged using a USB cable? Of course, you could just go out and shell out a few extra bucks to buy a separate charger. Or you could just install the […]