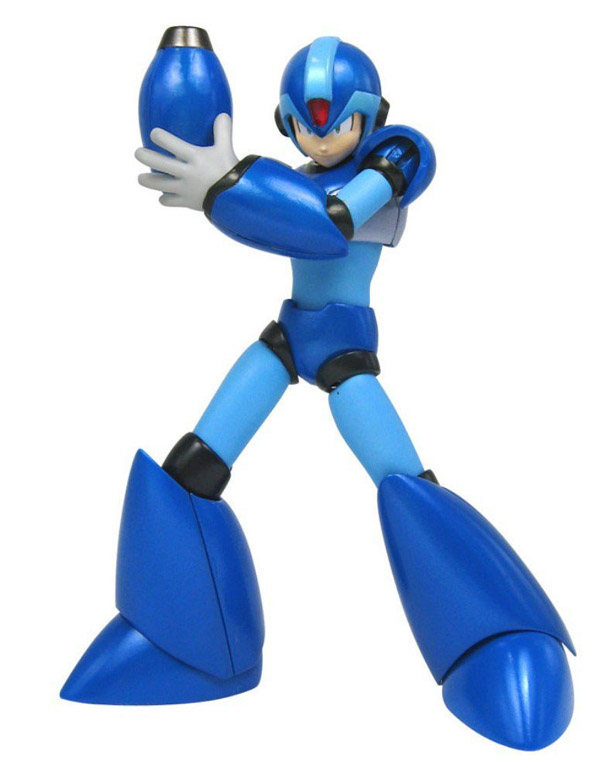 When the children of the 80’s think about Nintendo and other home gaming systems, two characters are most likely to pop into their heads: Mario and Mega Man. Since this is about the Mega Man action figure, we can let the little Italian plumber go accost a giant ape or something.

Mega Man (also known as Megaman) sprang to life in 1987, and he’s been blasting bad guys with his Mega Buster arm cannon ever since. The highly-detailed, 4 4/5-inch-tall figure, modeled after the character in the Mega Man X video game, features three interchangeable faces, as well as interchangeable hand and arm pieces.

Relive your Super NES glory days with the Mega Man X D-Arts Action Figure for $39.99 at Entertainment Earth and $29.99 at Amazon.com.

This Mega Man 10 Mega Man and Bosses Blue Tumbler is perfect for Mega Man fans. It features Mega Man himself along with all of the bosses from the game. If you’re a fan of the Mega Man video game series, this is the tumbler […]

If you love the old school Mega-Man games, you’ll love this Mega Man Running Mega Man 13-Inch Statue. It features an individually hand-numbered base and includes certificate of authenticity. This statue measures 16-inches tall and is a limited edition of 1,000 pieces. It is cast […]

The Mega Man: The Board Game is based on the classic Mega Man video game. The idea is to take down Dr. Wily in a race against your friends. You will be taking on classic enemies from the video game franchise. Prepare for a good […]

This Mega Man X NXEDGE Style Action Figure brings the video game hero to life. This awesome figure is based on the classic 1993 video game Mega Man X. It goes well with this nendoroid Mega Man figure. It is a highly posable figure that […]