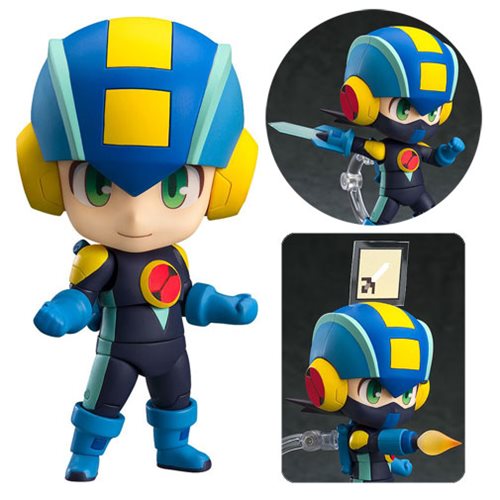 The Mega Man Battle Network Nendoroid Action Figure is from the popular game celebrating its 15th anniversary. It is a fully articulated Nendoroid of the NetNavi used by main character Lan Hikari. It’s MegaMan.EXE! He comes with both a smiling expression and a combat expression with a mask covering his mouth. His weapons include his Mega Buster, sword, and bomb parts to create various action poses.

This will be the cutest Mega Man in your collection.

Only $46.99 from Entertainment Earth. Pre-order it now and it will ship in July.

This Mega Man X NXEDGE Style Action Figure brings the video game hero to life. This awesome figure is based on the classic 1993 video game Mega Man X. It goes well with this nendoroid Mega Man figure. It is a highly posable figure that […]

A popular video game icon comes to 3D life with the Mega Man X D-Arts Action Figure. When the children of the 80’s think about Nintendo and other home gaming systems, two characters are most likely to pop into their heads: Mario and Mega Man. […]