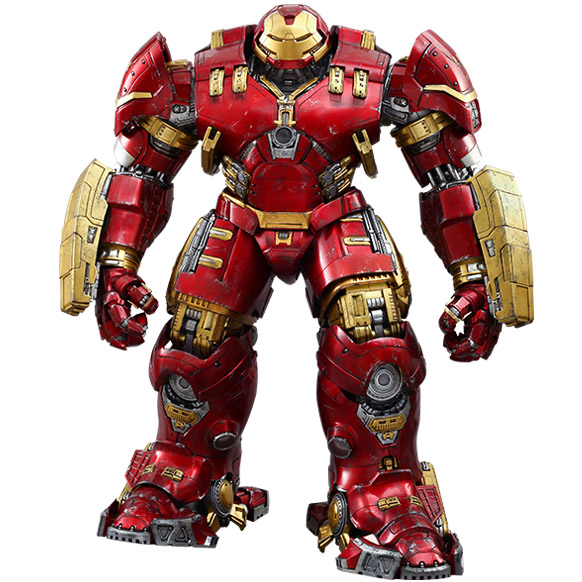 You’re almost ready for the battle between Big Red and Mean Green with the Marvel Hulkbuster Sixth-Scale Figure, where you get to declare a rematch if you don’t like how things work out in Avengers: Age of Ultron.

Standing an impressive 21-inches-tall and featuring over 30 points of articulation, the Hulkbuster is ready for anything, and there’s even an Iron Man Mark XLIII bust inside the armor so you can see the little dude inside the big dude.

The Marvel Hulkbuster Sixth-Scale Figure will be available Apr 2016 – Jun 2016 but it can be pre-ordered now for $824.99 at Sideshow Collectibles, and don’t forget about the Hulk Deluxe Sixth-Scale Figure Collectible Set if you’re anxious to recreate the battle between these two Marvel giants.

The Hulkbuster Iron Man armor is just so cool. You have to have it in your collection. This Iron Man Mark 44 Hulkbuster 1:12 Scale Die-Cast Metal Action Figure is probably the coolest version you can get. It is a 75% die-cast metal, fully articulated […]