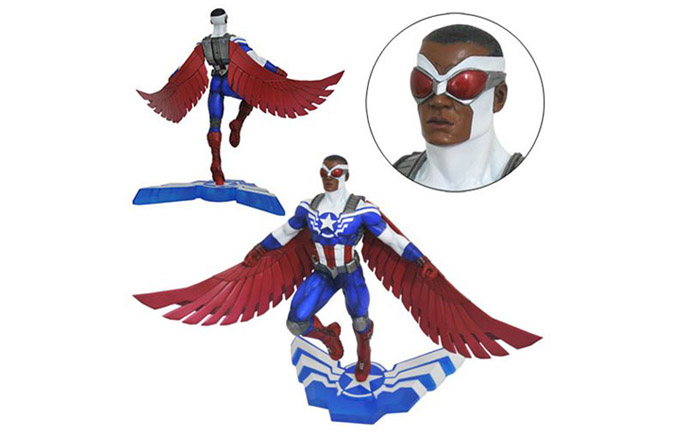 When Steve Rogers lost the ability to be Captain America because he became an old man, he passed the shield to his friend and ally, the Falcon. Sam took the shield and the patriotic color scheme but he kept the wings, giving Captain America a whole new bag of tricks to work with.

This vibrant eye-catching statue, measuring approximately 10-inches tall x 9-inches wide, features the Falcon’s version of Captain America, complete with removable shield that can be placed on his arm or on his back.

This Marvel Captain America Shield Blown Glass Ornament depicts the Captain’s shield in red, white and blue. It is a 4-inch blown glass ornament that is also officially licensed Marvel merchandise. It even has blown-glass straps on the back. This will look amazing and patriotic […]

It’s no secret that we at GeekAlerts love lawn ornaments, but we also love America too. What better way to welcome America’s birthday than to stake your lawn with the Uncle Sam Patriotic Tractor Spinner. With a healthy gust of wind, Uncle Sam’s tractor wheels will […]