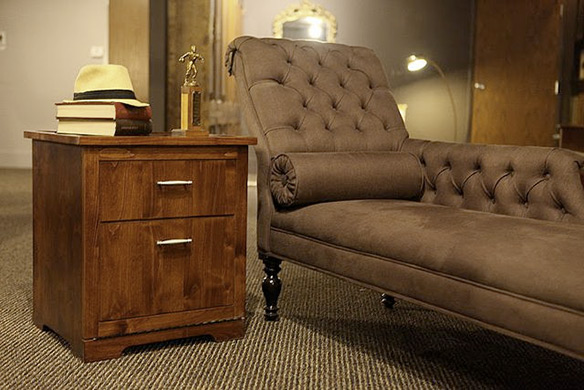 These side tables look just like other, typical side tables but they’re called Man Tables for one major reason: it opens to reveal a mini refrigerator to store all of your booze covertly.

It lets guys have their drinks right by the couch or even beside the bed and escape the disapproving looks their girls might throw them because of it. 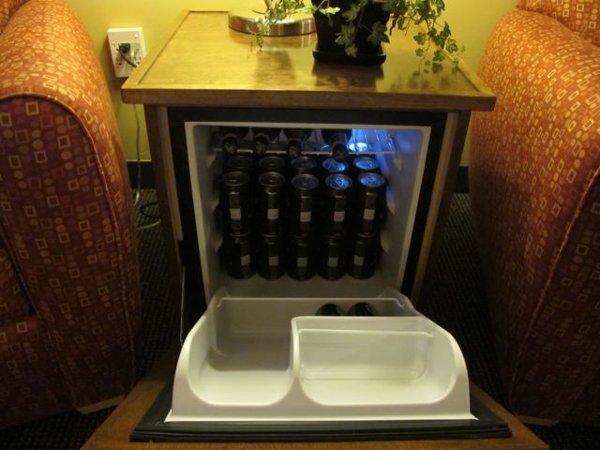 Of course, the secret will probably be out when someone tries to pull the drawer open only to reveal the stash of drinks inside. But until then, the Man Table keeps your secret safe.

The Man Tables are available in three colors: tobacco, espresso, and black. The first two are priced at $359, while the black tables retail for $329.

Add some fun to your outdoor space this summer with these Grande Tiki Sculptural Tables. They’re a great way to be playfully primitive with a fun Polynesian style that would look great by your pool or patio. These Grande Tiki God Tables come in two […]

The folks over at the great Born Rich blog has compiled a nice list of the “Top 10 high-tech luxury coffee tables of all time”.

Update your dresser to give it some Star Wars flair with these Millennium Falcon Drawer Knobs. Constructed of metal with a pewter finish, these drawer knobs will match nicely with many dressers, desk drawers, or cabinets. As long as the existing knob on the drawer […]

GeekAlerts has shown you some pretty hot keychains, but none as hot as the Fire Stash Keyring.  This keyring actually has a refillable lighter stashed inside it.  Perfect for when your lost in the woods and you need to start a fire to survive; ok […]

There’s always that awkward moment at a gathering where some people want to play a game, while others just want to sit and watch or continue catching up. One of the easiest games to start up during such occasions is table tennis, and this time, […]