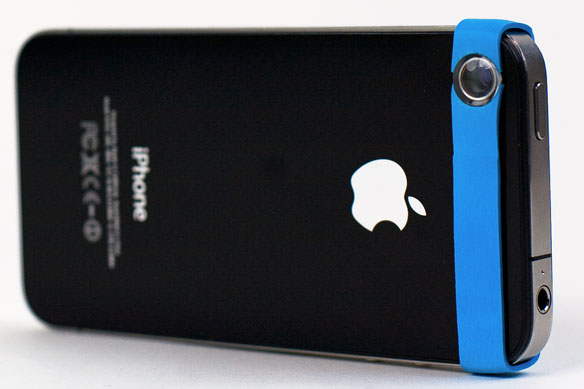 Most people I know don’t carry a separate digital camera anymore. Instead, they just bring out their smartphone to snap a quick photo when they find something worth capturing. However, most phone cameras don’t have macro settings which can really magnify what you want to capture. But for that, there’s the Macro Cell Lens Band.

The Macro Cell Lens Band is a simple blue band with a lens on it. Just position the lens over your phone’s camera and snap away. It an stretch up to several inches in diameter, so you can even use it on some of your more modestly sized tablets. Just don’t force it over the larger tablets or the lens band might just snap–and we don’t want that to happen. 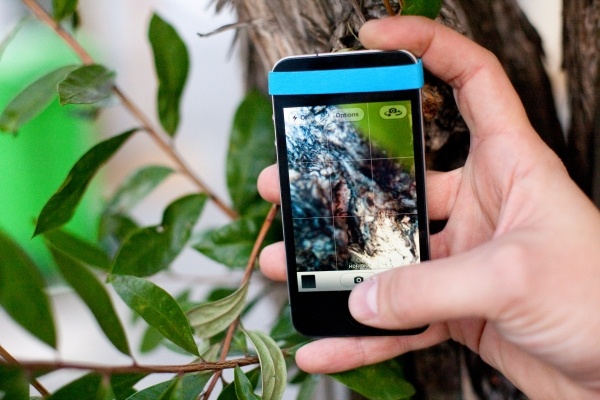 Macro Cell Lens Band
This lens will transform your cell phone photos from meh to awesome by giving you stunningly sharp details. See the curious detail of your own eye, get a close-up of the sprinkles on your ice cream cone or see what an ant’s face really looks like!Keep it around a card in your wallet or on your wrist for easy access. The band slides onto your phone in an instant, so you won’t miss any more shots fumbling for a lens!

The Macro Cell Lens Band is $15 at Photojojo.

This LED ring from Marumi will allow you to take better close-up pictures with your compact digital camera. The ringlike form provides a smooth and shadowless illumination of your object from every side.