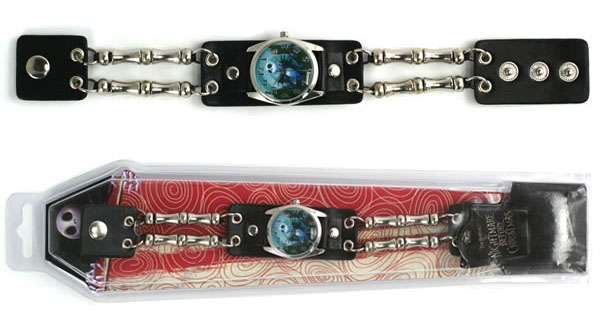 Nightmare before Christmas ranks high in my list of all-time favorite movies. Maybe because I was much younger when I saw it, so the characters really made an impression on me. Or maybe because the effects and graphics were just too cool to not like passionately. If you’ve seen the movie, then you’ll probably understand what I mean.

The character of Jack in the movie is probably my favorite, for the obvious reason that he emerges the unlikely hero at the end of the film. Show your love for Jack by channeling your inner skeleton with Jack’s Skeleton Watch. 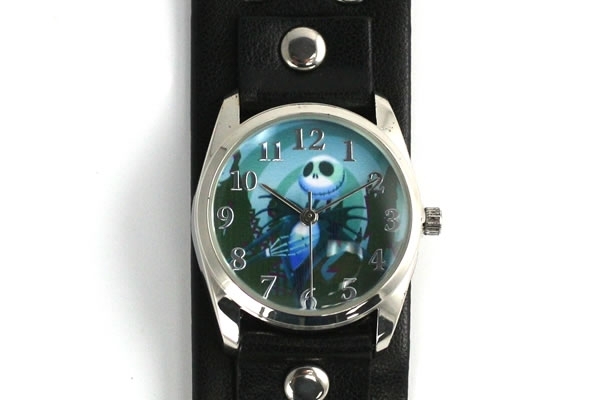 The face on the Jack’s Skeleton Watch features Jack Skellington in all his splendor. The part I like best about the wristwatch is the wristband itself, as it features metal skeletons which would look especially good if you’re going for a grunge type of look.

Jack’s Skeleton Watch is available online from Neatoshop for $32.95.

Do you have an entire family of Jack Skellington fans?  If so, we’ve got you covered.  The Jack Skellington Fleece Hoodies come in three different models (men, women and kids) so you and your family can enjoy showing off your love for The Nightmare Before […]

We have shown you some pretty cool watches: Wewood Chrono, Blue LED and Sauron LED.  For you fans of Tim Burton’s The Nightmare before Christmas movie, the Jack Skellington Watch is sure to be at the top of your want list.  This Japan movement, stainless […]

Step inside Jack Skellington’s world and see what it is like to be the Pumpkin King of Halloween Town. This Nightmare Before Christmas Jack Skellington Snuggie Blanket is perfect for fans of Tim Burton’s classic Disney film. The 100% polyester throw blanket has sleeves, a […]