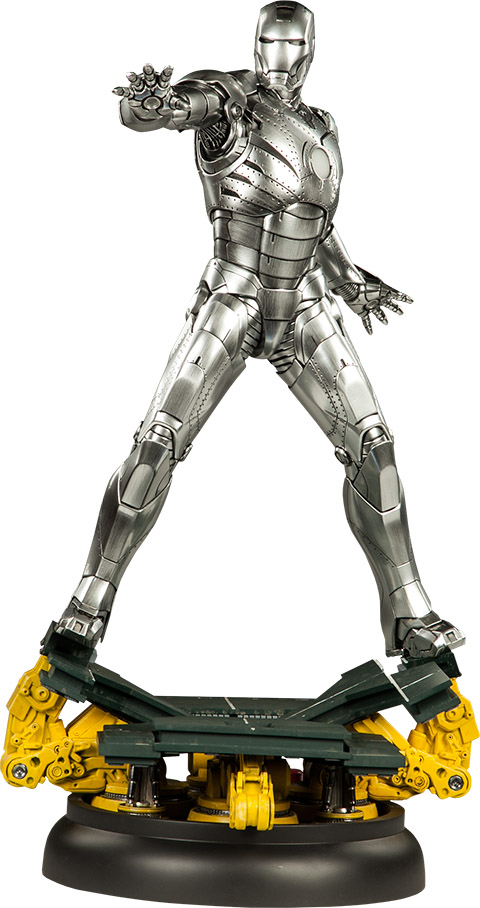 Stark’s first armored battle took place with him wearing the Mark I, which was awesome to see in action but a guy like Tony Stark wouldn’t settle for something like that for the long haul, so he designed a more stream-lined hi-tech version of the suit and called it the Mark II. However, even this newer, shinier armor didn’t get a whole lot of screen time in the first film, although it did get some time in the spotlight later on when it got a new paint job and a new name – War Machine.

The 26-inch-tall statue is crafted with premium grade polystone, has a high-gloss metallic paint application, and features light-up effects in the eyes, chest and palm repulsors, along with a Stark Industries gantry base.

The Iron Man Mark II Quarter-Scale Maquette will be available July 2015 but it can be pre-ordered now for $479.99 at Sideshow Collectibles.

Tony Stark sported a new look in Iron Man 3, and the Iron Man Mark 42 Quarter Scale Maquette captures that brand-new armor in all its gold-and-red glory. Stark has always had a thing for the red/gold color combo but he switched it up a […]