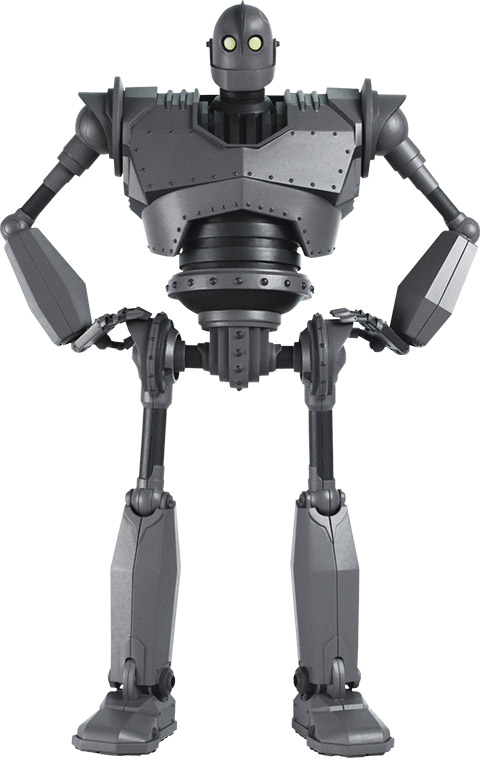 Forget Superman because you can now get your hands on a real man of steel with the Iron Giant Deluxe Talking Collectible Figure.

Based on the 1999 film, The Iron Giant (which was based on the 1968 novel, The Iron Man), this 16-inch-tall figure was created using actual digital files for the film. It features over 30 points of articulation and comes with fun accessories like an alternate head with light-up laser eyes and a magnetic S that lets the Giant pretend to be Superman… because that’s who he chooses to be. A Hogarth mini-figure is also included, and the giant robot can even say quotes from the movie.

The Iron Giant Deluxe Talking Collectible Figure will be available Sep 2015 – Nov 2015 but it can be pre-ordered now for $300 at Sideshow Collectibles.

It is now possible to own a collection of Iron Man armor that rivals the massive number of suits owned by Tony Stark with the Iron Man 3 Collectible Bust Deluxe Set. Okay, while Tony gets to have entire suits of armor, you’ll have to […]