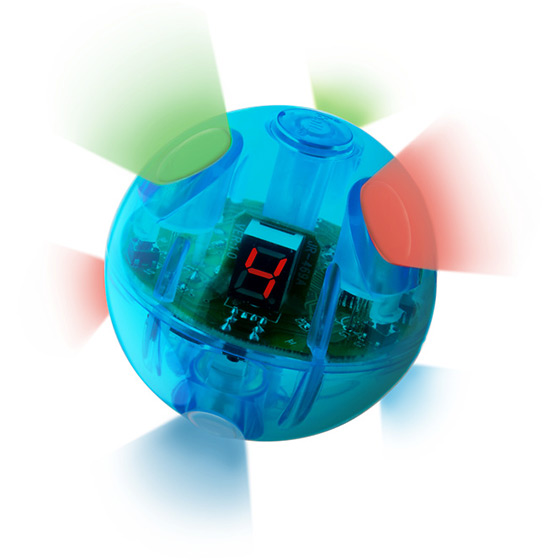 Even the name of this handheld puzzle game sounds puzzling. The iball3 Handheld Puzzle Game is the more high-tech answer to puzzle games like Sudoku and the Rubik’s cube. It’s an electronic game with a twist: you’ve got to figure out which buttons to press in sequence to turn all of the internal lights in the game on–in the same color.

Sound puzzling enough already? This isn’t just your run-of-the-mill game either; it takes some serious mind power. You’ve got to figure out the pattern and the order in which the buttons need to be pressed to get all the lights on right. 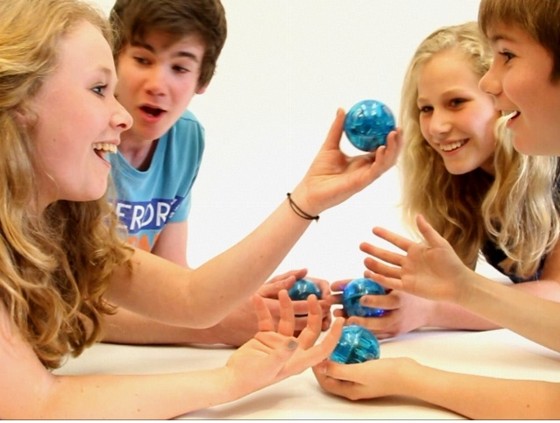 Strap on your comfiest thinking cap, you’re going to be wearing it a while! The iball3 is a handheld puzzle game that’s so simple, but so infuriatingly tricky, that it’s impossible to put down.

The little blue ball has six light-up buttons – each of which could be red, blue or green. Pressing them changes their color, but not in a predictable cycle. No, the aim of this game is to work out which ones to press in sequence to turn them all the same color. It’s baffling, maddening and thoroughly addictive!

The iball3 Handheld Puzzle Game is available from Firebox for £14.99.

If the WheeMe the Mini Massage Robot and the Futuristic Head Massager won’t give you the treatment you need, maybe this new batteryless handheld model will be your ticket to relieve tension and stress.

Fireworks used to be, well, fired up every time there was a grand occasion or event worth celebrating. However, as you can see over the years, it’s not the safest thing in the world and it’s definitely not worth losing fingers or limbs over. So […]

The microscopic world is amazing.  It truly is a whole world within our world. Well, you don’t have to shrink yourself to check it all out. Just use this handy Deluxe Handheld Digital Microscope. It will let you view objects at 10x, 40x, or 150x […]

If you’re like most people out there, you love your iPad but hate the wimpy speaker performance. Well Belkin has a solution, the Belkin Thunderstorm Handheld Theater. Introduced at this year’s CES show in Las Vegas, this speaker case combination is set to give your […]

Another day, another fish-shaped computer mouse. We’ve recently seen them designed as a lure, aquarium and mini-fish – and today; a handheld model.

If you enjoy science and you find that you have some time on your hands this summer, maybe you’ll want to give The Elements Puzzle a shot. Featuring 1000 puzzle pieces, this jigsaw puzzle gives you a visual exploration of every known atom in the […]