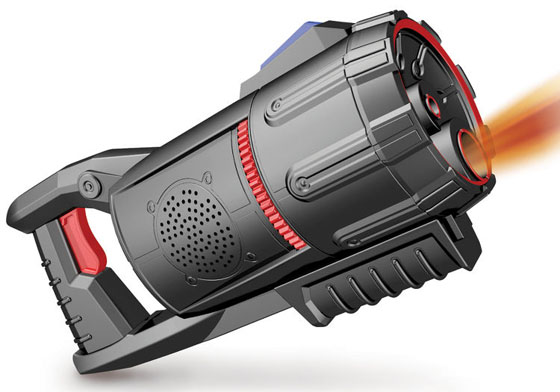 Fireworks used to be, well, fired up every time there was a grand occasion or event worth celebrating. However, as you can see over the years, it’s not the safest thing in the world and it’s definitely not worth losing fingers or limbs over. So the next best thing? Having your very own simulated fireworks show with the Handheld Fireworks Light Show Projector.

The excitement shouldn’t really be in the explosions or in the anticipation of waiting for the fireworks to go high up in the sky. Go crazy with your own display the safe way with the Handheld Fireworks Light Show Projector that can project fireworks images, with sound effects included. 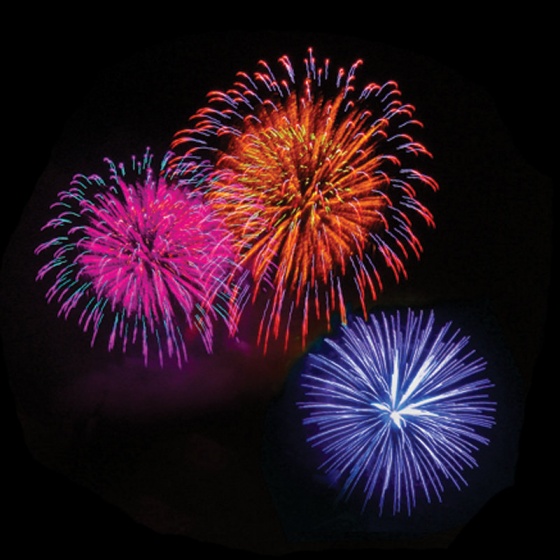 This is the child’s handheld blaster that projects multi-colored images of fireworks accompanied by realistic launch and explosion sounds. The dial at the front of the projector’s barrel rotates for selection of one of eight fireworks images that are backlit by an LED, including one- and three-burst peonies, contrasting diadems, and a cascading horsetails. Held like a hand-cannon, a pump of its bottom bar “launches” a firework with a mortar “poomp” and whistling trail sound.

A squeeze of its trigger “bursts” the firework with booms, bangs, crackles, and whistles played from a built-in speaker as it projects the picture onto a wall or ceiling from 5′ away.

The Handheld Fireworks Light Show Projector is available online from Hammacher Schlemmer for $39.95.

Kids can enjoy the 4th of July in a fun and safe manner with Ramrocket Fireworks Light-Up Fireballs. This toy comes with a launcher and four “fireballs” that can fly almost 50 feet into the air. It features real firework sound effects, adding to the […]

For those of you who enjoyed last year’s Retro Style USB 2.0 Webcam, here’s a tiny LED projector in a similar cool looking old school design that should be right up your alley.

It’s great that we can stream movies on our smartphones these days because it allows entertainment to go with us everywhere, but how entertaining can things be on that tiny screen? The Pocket Projector for iPhone 4 takes that tiny image and blows it up […]

What happens if you take a Nokia phone and an iPhone, mix them together, and then top it off projector? Well, you would probably end up with this tri-band smartphone.