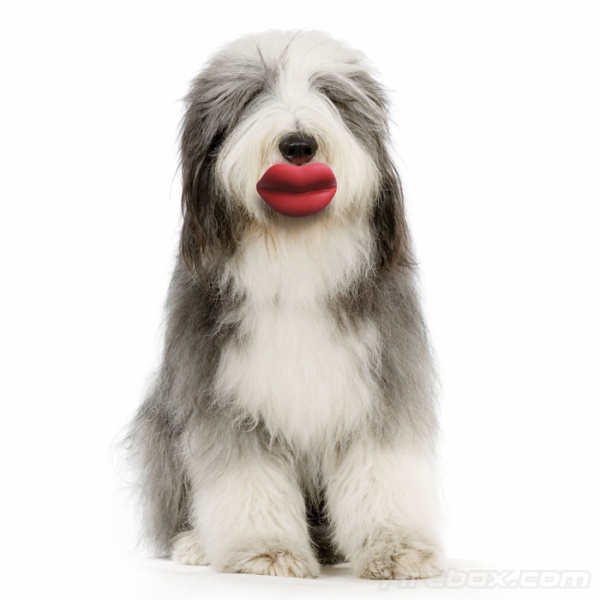 I currently have two dogs in the house: an adorable black Pomeranian named Billy, and my adorable Shih Tzu that I’ve named Hennessy. I love my dogs to pieces and give them huge hugs every morning or whenever I go out to spend some time with them. As expected, I’ve been kissed (or rather, licked on) by my pups at least once or twice on the kisser ever since I got them. So when I saw these Humunga Lips, well, you know I just had to have them.

The Humunga Lips are actually rubber balls that have a huge pair of lips molded to one side. So while your frisky little pup runs around carrying it in his mouth, it’ll look like he (or she) has suddenly grown a huge pair of human-looking lips. Pucker up! 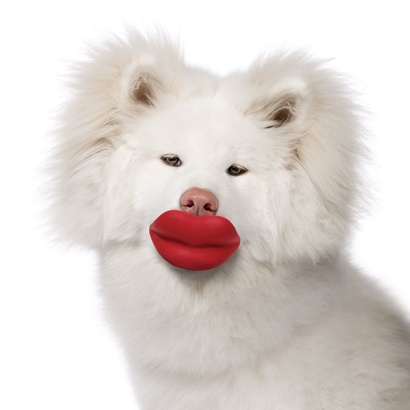 As if you needed an explanation, the Humunga Lips are actually a non-toxic rubber ball with a pair of lips molded on to it. When pooch picks up the ball the lips stick out so that he/she immediately resembles a pouting catwalk princess. It’s totally barking.

Whether you’re playing fetch in the park or attempting to go indognito down the high street, your four-legged friend will never tire of causing consternation amongst sniggering onlookers.

Your dog probably has a bunch of fetch toys, but how many of them make it look like he has a mustache? The Humunga Stache will do just that. It is a ball fetch toy with a mustache attached so when Fido has it in […]

If for some reason you’d like to freak people out and make your pretty (or handsome) face look freakishly ugly, then you’ve got to get a couple of these Weird Lips Sippin Straws.

Sometimes, you don’t need someone or something to tell you the answers. After all, the right ones usually come after a long time of reflection. So don’t go shaking your Glee Magic 8 Ball or Geek Ball yet. Don’t even touch that Predict-a-Pen without consulting […]

Ever go bowling and be on such a winning streak that it almost feels like you’re the ball? That feeling takes on a whole new dimension when you actually become a Human Bowling Ball. Bowling is fun but the downside is it basically becomes a […]

Hey, you enjoy puzzles like Rubik’s Cube and others, so maybe your dog would like some puzzling fun too. The Cagey Cube Ball Toy is a puzzle that will drive your dog crazy and also act as a chew toy. So it stimulates two important […]