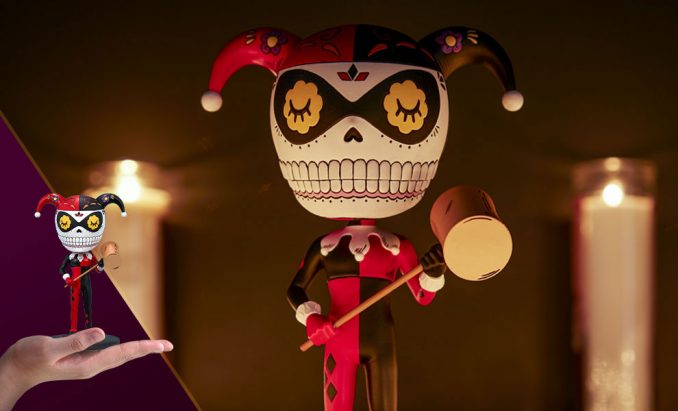 It doesn’t have to be the Day of the Dead to display this incredible Harley Quinn Calavera. Designed by Jose Pulido with sculpting by Matt Black and paint by Emily Barr, the Harley Quinn Calavera Designer Toy by Unruly Industries fuses American pop culture with Mexican culture for a stunningly colorful and eye-catching result.

This Harley Quinn Calavera stands about 7.5″ tall and is made of PVC vinyl. There are Batman and The Joker companion pieces to go with it. 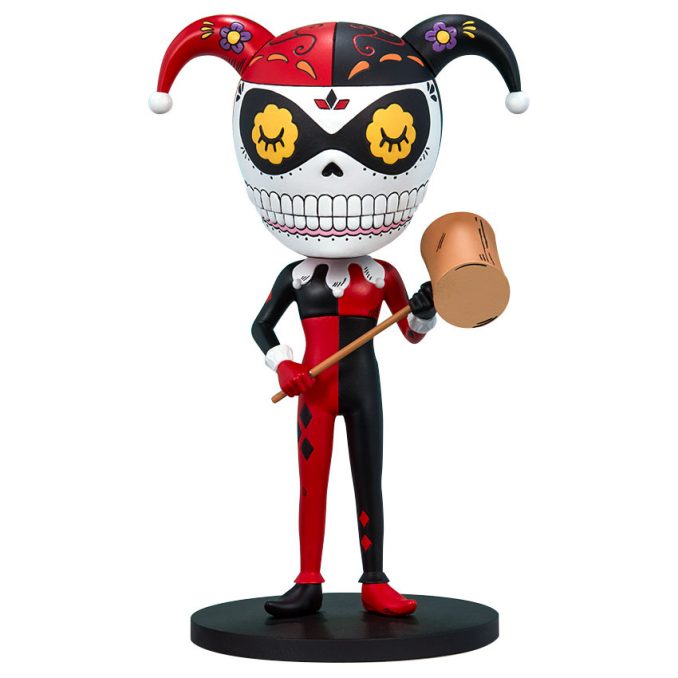 This Harley Quinn Calavera is $125 at Sideshow Collectibles. It is currently available for pre-orders, with arrival expected between August and October 2019. With any luck, it will arrive before Día de Muertos.

Whether you like the classic Harley or Suicide Squad version of her, there’s a pair of Harley Quinn Tights that are just right for you. If you’re into the tattooed princess of chaos that will soon be wreaking havoc on the big screen in Suicide […]