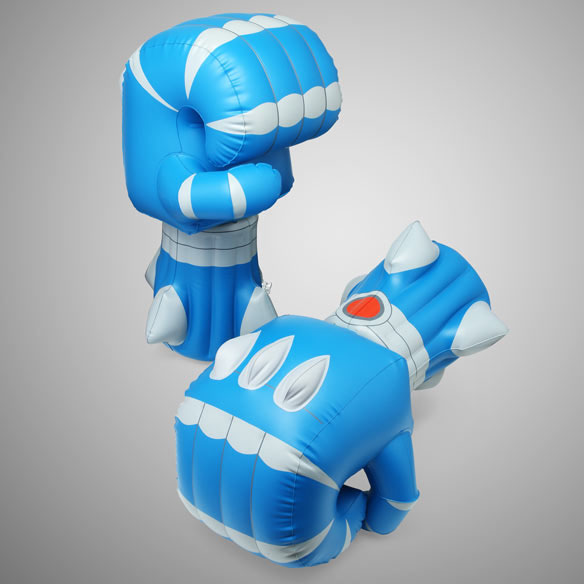 When you want to have a fun fight, nothing beats having giant fists. Well, almost nothing. These Giant Robot Battle Fists will pommel any opponent. All in fun of course.

These inflatable fists are comfortable, powerful and completely awesome. Technically you aren’t supposed to throw punches with these fists, because you could pop them and hurt yourself or others, but we all know what you buy giant robot fists for. 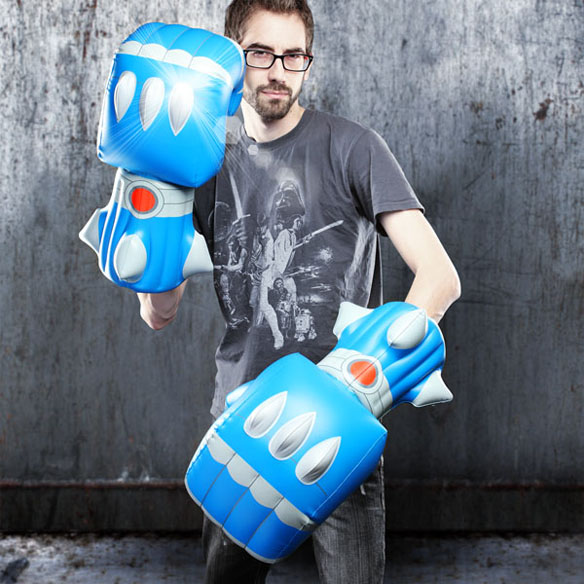 So you can have giant robot fist fights. Only $34.99 from Thinkgeek. They make a fun gift.

Kids totally love the toys we feature on GeekAlerts, but often times they’re amused by the simplest things like cardboard boxes, balloons and inflatable stuff. Here’s something I’m certain kids will dig because it’s part-costume and part-toy: the Robot Air Hedz inflatable robot head and blaster. […]

If you want to know what it is like to be a giant robot, then you need to get these awesome Giant Robot Slippers with Sound. Channel your inner robot, while your feet do all the stomping around. These slippers make your feet look and […]

You don’t have to choose. You can be both if you want. These Giant Robot and Monster Photo Frames are cute and display your pictures while turning you into either a monster or a robot. Each set includes one freestanding monster frame and one freestanding […]