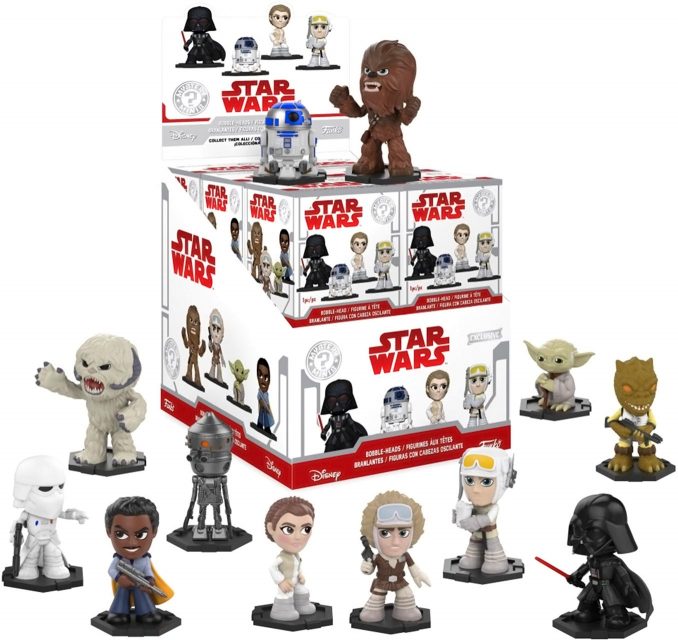 Collect cute little figures of the characters from Episode V with these Funko Star Wars The Empire Strikes Back Mystery Minis. Each vinyl figure is about 2.5″ tall and they’re sold in a blind box so you don’t know what you have until you open it. Blind boxes like these are fun for people who like surprises, although they do make it difficult (expensive) to get one particular character or collect them all. 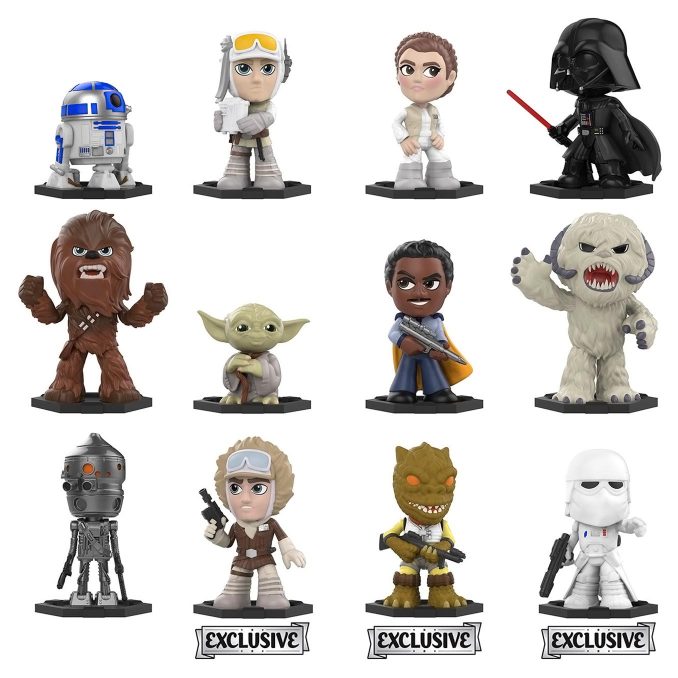 Expand your Star Wars collection with these Mystery Minis from Funko! The assortment from The Empire Strikes Back includes R2-D2, Chewbacca, Yoda, Boba Fett Darth Vader and more! If you’re lucky, you may even get one of the Hot Topic exclusive figures Han Solo (Hoth), Bossk, or Snowtrooper. Which one will you get? It’s a surprise!

Buy Funko Star Wars The Empire Strikes Back Mystery Minis at HotTopic.com. They are normally $7.90 each and are on sale for $6.32 right now (at time of publication).

Like the awesome Satchel Bag and Wallet we saw before, this Han Solo Hoth Laptop Backpack is designed after the outfit Han Solo wore on the ice planet Hoth in the beginning of The Empire Strikes Back. (See those articles for some interesting trivia and […]

This Star Wars Han Solo Hoth Satchel Bag is obvious inspired by Han Solo’s gear worn on the ice planet Hoth in The Empire Strikes Back. (See picture below.) It features a navy quilted pattern with brown trim. On one side is a Rebel Alliance […]

The figures in this Adventure Time Figural Tin Mystery Minis Random 4-Pack are all pretty awesome. Celebrate Jake and Finn’s adventures with these cool figures and display them proudly with your other Adventure Time toys. This 4-Pack contains 4 blind packaged pieces. You can even […]