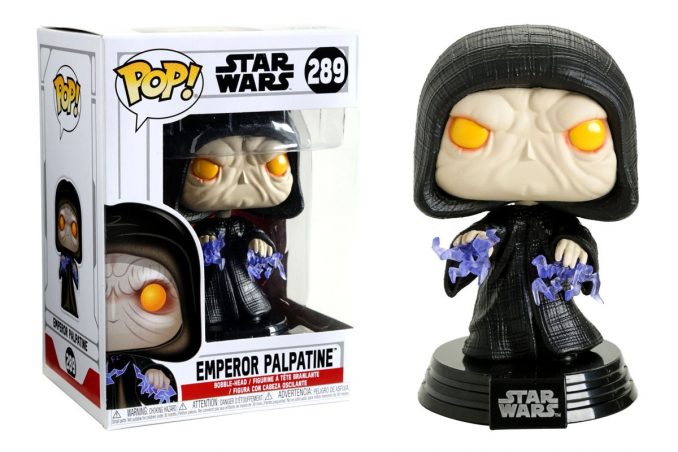 This Funko Pop! Star Wars Emperor Palpatine Bobble-Head features Force lightning coming out of his fingertips. It is a great vinyl figure for those whose most prominent memories of the the Emperor are from the end of Return of the Jedi where he uses Force lighting against Luke Skywalker and Darth Vader.

It is Funko Pop! Star Wars #289. If you get this, you definitely need Funko Pop! #288 Electrocuted Darth Vader to go with it.

Emperor Palpatine has been given the ultimate Funko Pop! makeover as a vinyl bobble-head. Is everything proceeding as he has foreseen?

The Dark Lord of the Sith gets lit up on the Vader Glow-in-the-Dark Electrocuted T-Shirt during an electrifying encounter with his master. In Return of the Jedi, Anakin Skywalker finally clawed his way out of darkness to save his son. It doesn’t help those kids […]