With this Funko Pop! Rocks Rush Figure Set, you get all three members of the famous Canadian rock band Rush: Geddy Lee, Alex Lifeson, and Neil Peart. Geddy Lee is holding a bass guitar and looks ready to belt out some lyrics, while Alex Lifeson is playing his guitar and Neil Peart has his drumsticks in hand.

Formed in 1968, the progressive rock band Rush has had many hit songs: Tom Sawyer, The Spirit of Radio, Closer to the Heart, Freewill, Rush 2112 Overture / The Temples Of Syrinx, The Trees, Working Man, Fly By Night, Xanadu, and Limelight. If you’re a fan of the band, you might want to get this vinyl figure set while you can. 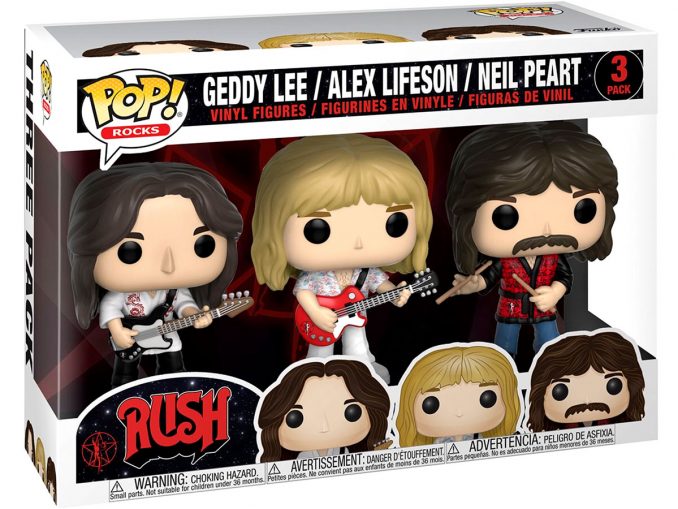 Formed in 1968, Canadian rock band Rush is now in the Funko limelight as Pop! vinyl figures. With Geddy Lee on vocals and bass, Alex Lifeson on guitar, and Neil Peart on drums, they sure have the spirit of radio.

You don’t get something for nothing—this three-piece Funko Pop! Rocks Rush Figure Set is $32.90 at BoxLunch.