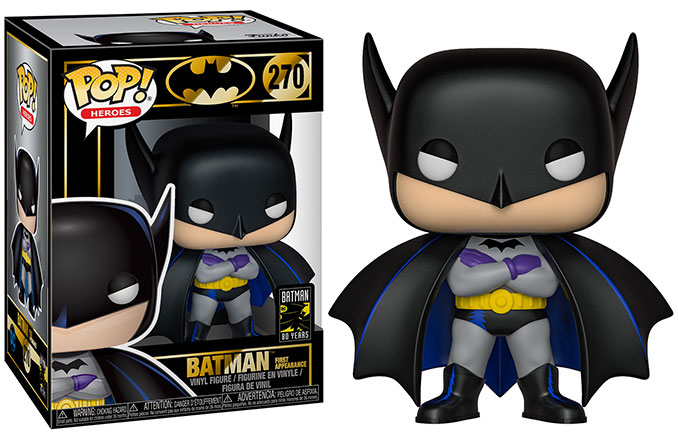 Batman’s first appearance was in Detective Comics #27 in 1939. This Funko Pop! Batman 1st Appearance 1939 80th Anniversary Figure celebrates that first appearance on the 80th anniversary. It’s a must-have for Batman fans that want to commemorate the Caped Crusader’s 1939 debut.

Funko POP! is celebrating Batman’s 80th anniversary in nostalgic style with this Batman’s First Appearance vinyl figure. This super cute Batman figures comes in a special black display box. Does anyone else feel like he’s judging the rest of our collectibles with his arms crossed like that?

This Funko Pop! 80th Anniversary Batman Figure is $12.99 at ThinkGeek. It is also available for pre-order at Entertainment Earth.