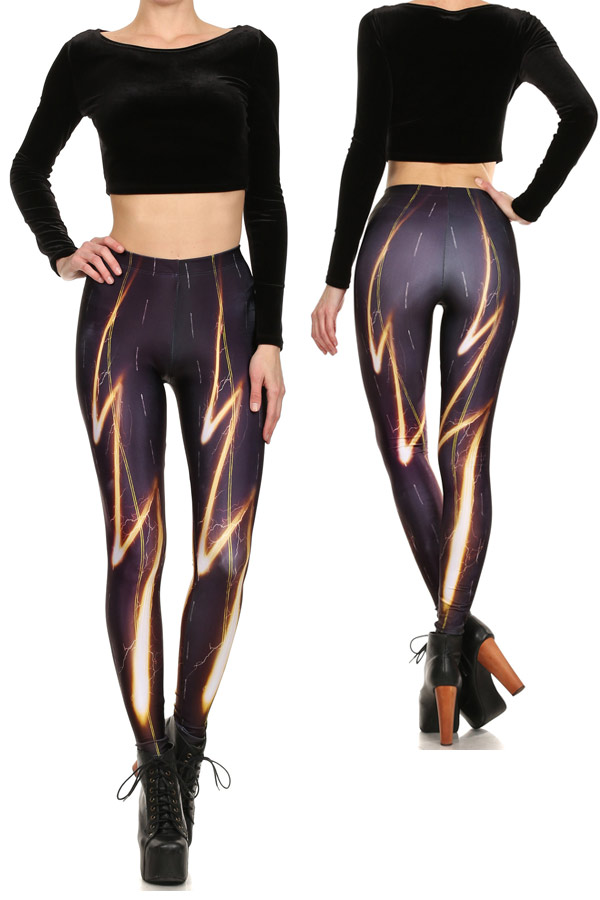 The Scarlet Speedster is nowhere around on these cool-looking Flash Leggings, but that’s probably because he’s moving too fast to be seen. However, you can still tell he’s in the area because of the lightning trails he leaves from running so fast.

You don’t have to be into comic book superheroes to get a charge out of these stylish leggings because they look awesome, even without Barry Allen or Wally West making an appearance. Eye-catching lightning bolts race down the front and back, creating an eye-catching graphic that makes it look like you’re moving fast even when you’re not.

The Flash Leggings are available for $80 at Poprageous.

There’s a fine line between being stylish and just being plain weird with the clothes that you’re wearing. Most people judge books by their covers, and by that, I mean by appearances. While I think the idea behind the Muscles Leggings is insanely quirky, I […]

Finally, a pair of leggings everyone can enjoy. The Junkfood Yellow Leggings are made from a 83% polyester bright & 17% spandex blend, giving them a comfortable and snug fit. If you look closely, you’ll notice that these leggings feature some tasty treats in 8-bit […]