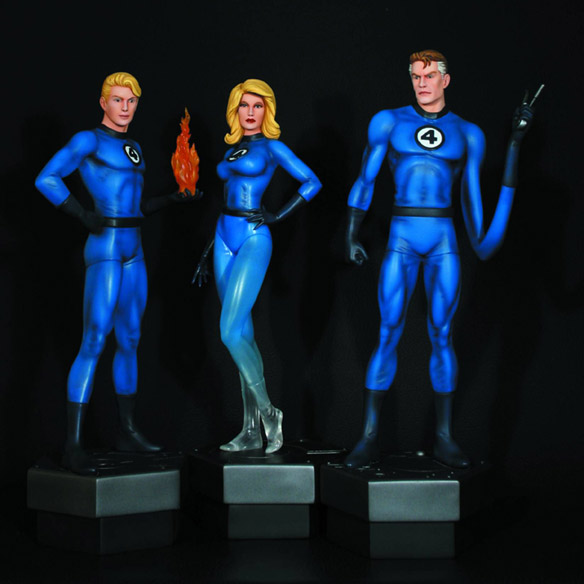 Before there were mutants, there was a group of adventurers bombarded by cosmic rays, and the Fantastic Four Statues by Bowen do a great job of capturing the quartet as they display their powers.

Reed Richard, Ben Grimm, Sue Storm, and her brother Johnny were just normal people until they were exposed to cosmic rays that provided each with their own unique power. Each of the four statues, standing over 12-inches tall, depict the classic Marvel heroes in their iconic blue and black costumes as they show what makes them Fantastic. I especially like how Sue’s power is handled because invisibility isn’t the easiest power to show in statue form without looking lame.

For some reason, the foursome is divided in a weird way so you’ll have to get the Thing separate if you want the whole family together. 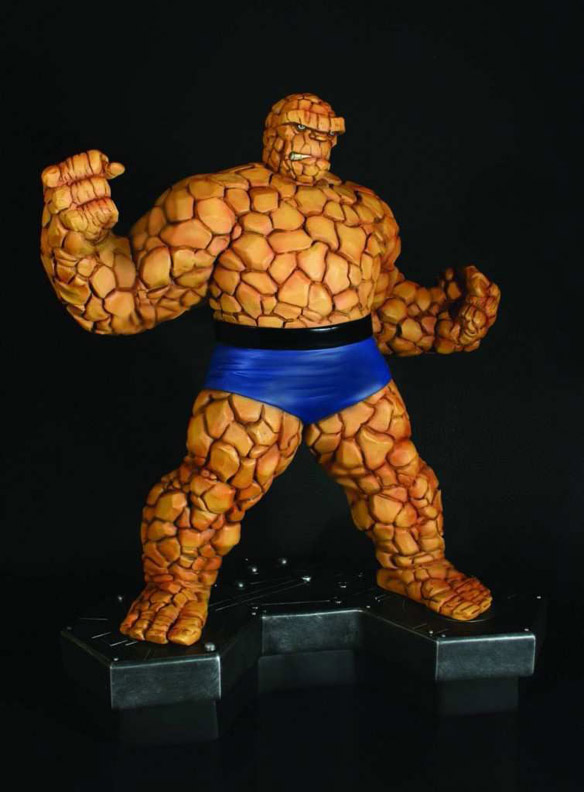 Aside from having a powerful and evil wizard after him that wanted him dead, Harry Potter has led a pretty charmed life, and you can pretend to have some of that Potter awesomeness with the Harry Potter Cloak of Invisibility. Little Harry’s life might not […]

The Return of the Fantastic Four Teaser Trailer

Watch The Return of the Fantastic Four Teaser Trailer to see a bit of the history of the franchise and a hint of the future. The Fantastic Four is returning to Marvel Comics in August 2018 with a new series from Dan Slott and Sara […]

Celebrate the fantastic Four with this Gentle Giant Studios Fantastic Four Thing Bookend. It may only depict one of the team members, but The Thing is a team all by himself anyway. This bookend is hand-numbered and a limited edition. It includes a Certificate of […]

Ms Marvel is one of those characters that Marvel Comics never seemed to know what to do with, but the Bowen Designs 70’s Version Ms. Marvel Painted Statue reveals a retro-look for the character that played it safe while still managing to make the new […]

School is in session for the original students of Xavier’s School for Gifted Youngsters with the Marvel Classic Characters Original X-Men Statues. For those who are only familiar with the original X-Men through the movies, I regret to inform you the roster won’t match up […]

Fans of the land of Westeros will want to get their hands on these Game of Thrones Mini Statues. These tiny statues celebrate your favorite Game of Thrones characters. You can choose from Daenerys Targaryen or Jon Snow. Display them proudly on your desk and […]

The second of five all-new adventures in J.K. Rowling’s Wizarding World is coming to theaters on November 16, but today you can see the Fantastic Beasts: The Crimes of Grindelwald – Teaser Trailer. As with Fantastic Beasts and Where to Find Them, this film is […]