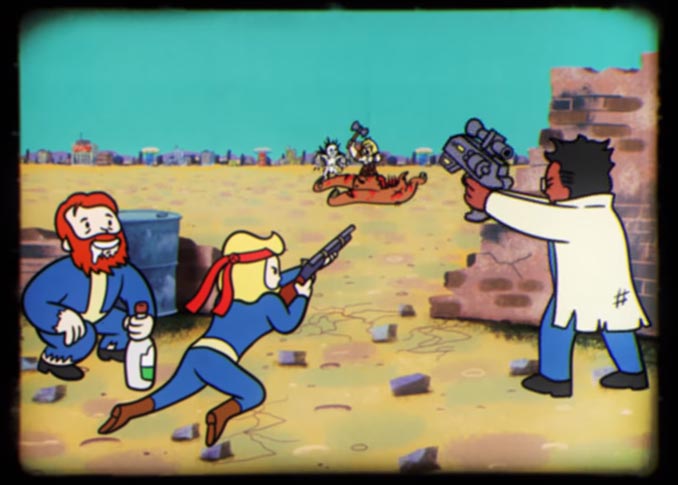 Fallout 76 – Vault-Tec Presents: Being a Better You! Perks is a fun video in the style of old-fashioned workplace training films. Its goal is to introduce Fallout 76’s Perk system, which allows you to customize your character with a new card-based system, to be the best. What is best will depend on the situation, and whether you are playing solo or on a team.

Watch Fallout 76 – Vault-Tec Presents: Being a Better You! Perks Video from Bethesda Softworks:

You Will Emerge! Brought to you by the Vault-Tec American Tricentennial Committee. Today’s episode, “Being a Better You: Success is in the Cards”.

What role will you fulfill in life outside of Vault 76? The latest episode helps Dwellers new to the outside world choose a path or many!

Whether you want to be a dexterous charmer, a hardy bruiser or anything in-between, Fallout 76’s Perk system is designed to help you build a better you. Create a character that’s perfect for team play or solo adventuring, and don’t be afraid to switch things up on the fly. With this new card-based system, you’re never locked into your choices. Get your first look at the character customization system in this brand-new video.

This Fallout Vault-Tec Sublimated Sherpa Blanket will keep you warm whether you are in the vault or out in the wasteland. The Vault-Tec logo is right on front of this polyester blanket featuring the in-game billboard graphic. It measures 45″ by 60″. Stay warm while […]

You’ll need this Fallout Vault Tec 111 Armored Backpack if you plan to spend any time at all roaming around a post apocalyptic environment. It will carry all of your important stuff that you find along the way. This backpack was designed from the Vault […]

This Fallout 4 Vault Boy Mini Car Decal will look great on your vehicle. It tells other drivers that you are a fan of the hit video game. It is like Vault-Tec has given your car their seal of approval! This Vault-Tec Vault Boy logo […]