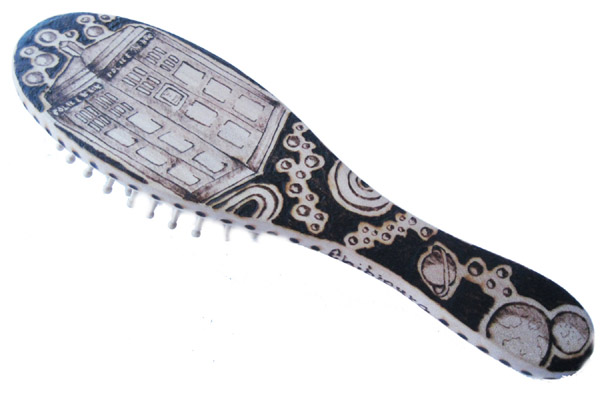 You’ll probably never have the mind-blowing hair of Ten but you can try with the Doctor Who Wooden Hairbrush.

Twelve has killer eyebrows and Eleven made bowties cool but the Tenth Doctor will forever be the reigning champion of epic Time Lord hair.

While you’ll probably never reach that level of epicness, you can now style your hair like a madman in a box with a wooden hairbrush that has some eye-catching Whovian art burned into the handle using the art of pyrography. The scene includes the TARDIS on one side and a portion of a Dalek on the other. The wood has been waxed to make the engravings last longer. 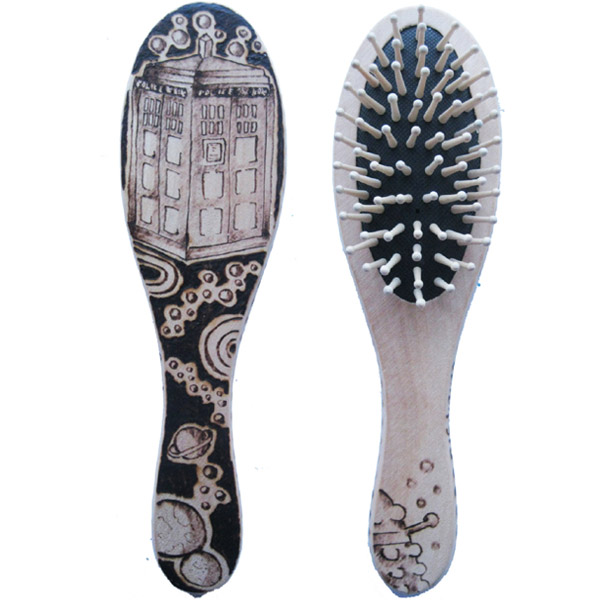 The Doctor Who Wooden Hairbrush is available for $17.40 at ChibiPyroFable’s Etsy store.

My dad is one of the lucky ones. He’s pushing sixty but still has a full head of black hair that makes him look like he’s still in his late forties. I have an uncle who’s much younger (early fifties) who just opted to shave […]

If you’ve ever peeked under the hood of your computer, the Integrated Circuit Hairbrush should probably look familiar, although I doubt your PC or Mac has any IC’s this big. Integrated circuits have become an essential part of everyday life because the technology they power […]

Lots of talented people create art with crayons but the Doctor Who Carved Crayon Art reveals a new way to use the colorful sticks to make creative art projects. Using large crayons, which are slightly larger than regular crayons, this Etsy artist offers three exciting […]