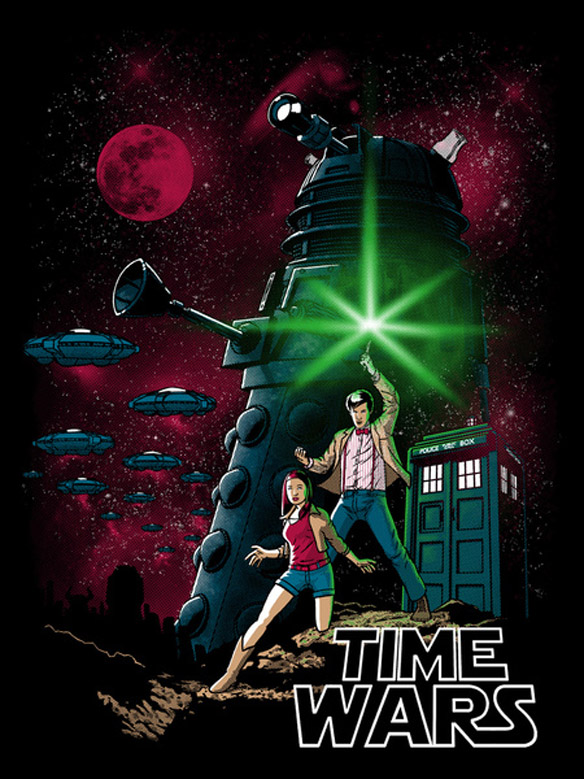 The Jedi can kick back and take it easy now. The Time Lord’s got this.

The 100% fine jersey cotton tee replaces Luke Skywalker, Princess Leia, and Darth Vader with the Doctor, Amy Pond, and a very imposing image of a Dalek. Whovians know that where the Doctor is, the TARDIS usually isn’t far behind so the Time Lord’s blue box also makes an appearance. The Doctor holds his activated sonic screwdriver high in the air to imitate Luke’s lightsaber in the classic Star Wars poster.

Of course we know this isn’t how the Time Wars actually went down but I’d still pay good money to see this non-existent film. 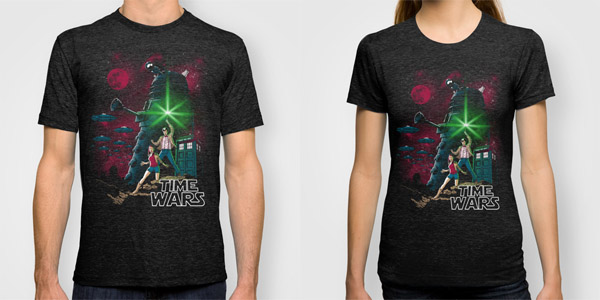 The Doctor Who Time Wars T-Shirt is available for $22 at Fuacka’s Society 6 store.