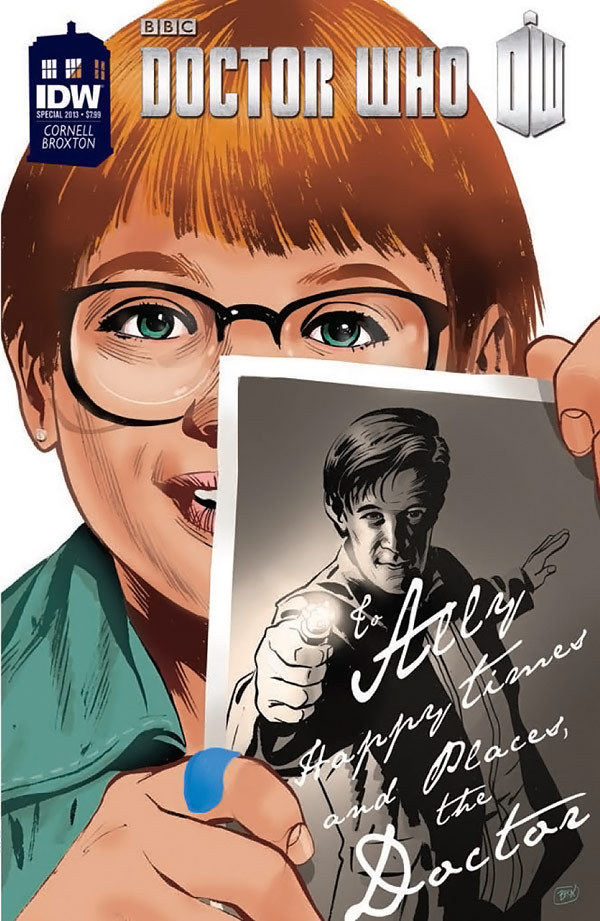 Matt Smith has left the TARDIS but his adventures continue in this special one-shot story celebrating the 50th anniversary of Doctor Who.

A strange force flings the TARDIS into our universe, where the Doctor meets a 10-year-old girl who loves the popular BBC show. As the two look into the mystery of monsters lurking around the girl’s school, the Doctor has to deal with the fact that he’s make-believe… and what will happen when he comes face to face with Matt Smith?

Nobody hangs around like the Doctor, as shown on the Doctor Who Hanging TARDIS T-Shirt. You have to hand it to the Time Lord; he knows how to keep things interesting. Nothing can ruin a Time Lord’s day like having his time-and-space-travelling blue box carried […]

With the Doctor Who 2013 Daily Planner you can plan your time and space just like a timelord does. 2013 is a big year for Doctor Who. It marks the 50th anniversary of this amazing show. Write down all of your important upcoming events in […]