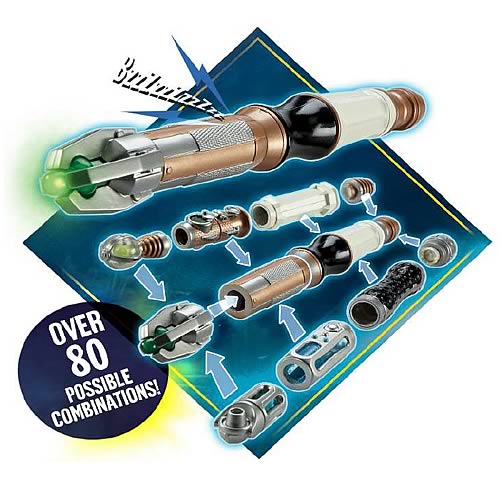 With this Sonic Screwdriver set, you aren’t stuck with just one version. You can arrange the pieces and make it however you want it. There are 80 possible combinations in all. That’s 69 more screwdrivers then there are Doctors!

And of course it has sound effects. That’s how you know your screwdriver is doing it’s job after all. It arrives in July, but you can pre-order it now from Entertainmentearth for $34.99. Also available at Amazon.com.