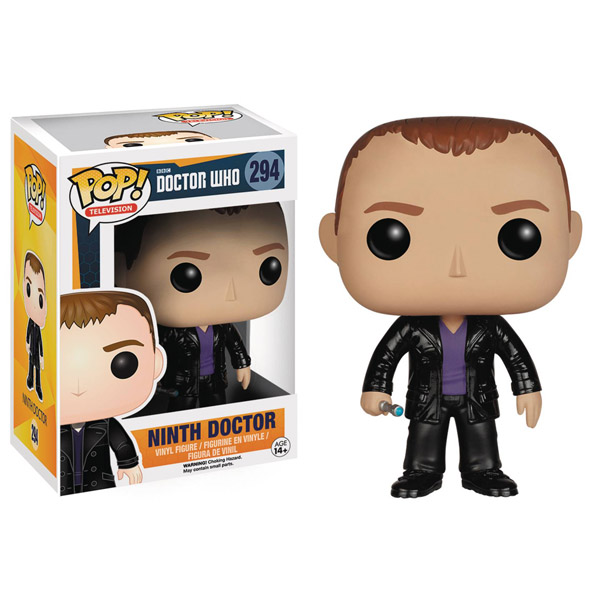 The Time Lord who brought the past to the present can now be yours as the Doctor Who Ninth Doctor Pop! Vinyl Figure.

When you look at the Doctor’s very long life, this particular incarnation is his 9th, but Christopher Eccleston was the first Doctor for many fans when the series was brought back in 2005, and now he’s ready to join your Whovian Funko collection, wearing his iconic purple shirt and black leather jacket. He’s even holding his sonic screwdriver so he can deal with any creepy kids in gas masks going around asking if you’re their mommy.

The Doctor Who Ninth Doctor Pop! Vinyl Figure will be available February 2016 but it can be pre-ordered now for $9.99 at Entertainment Earth.