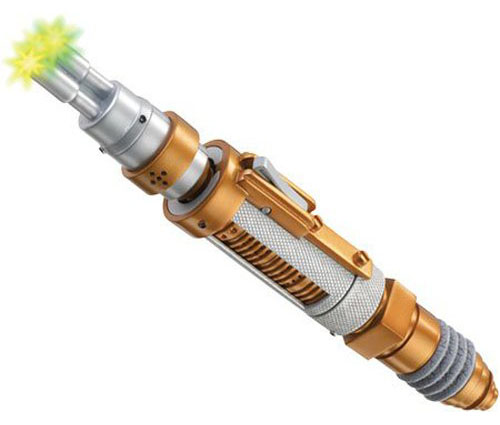 It lights up and buzzes just like the real thing. Unlike the Doctor, the master uses his not as a tool, but mostly as a weapon. He is the bad guy after all. Your Doctor Who collection isn’t complete without it.

It is designed to look like chrome and brass and is nicely detailed. Only $20.99 from Entertainment Earth and from $17.99 at Amazon.com. Doctor Who fans will love this version.