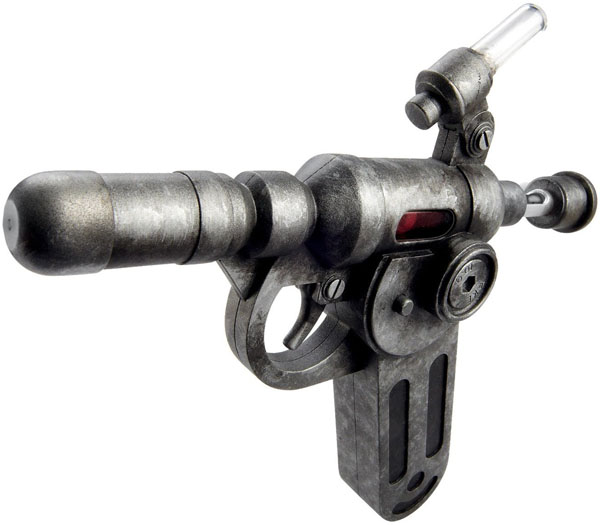 The Silence are a hard foe to beat. How do you defeat an enemy that you can’t remember? Well, you could argue that to forget them is to defeat them, but no, not really. There is just one way. By using this Doctor Who Doctor’s Nano Recorder Replica.

Record secret messages and play them back after you’ve forgotten everything. This replica packs in lights, sounds, and an actual 10 second voice recorder. Unlike the Doctor, you will also need 2x “AAA” batteries.

Where do you do your best singing? Zoom, a brand under Samson Technologies and an industry leader in both consumer and professional audio products, is introducing the nationwide release of the Zoom H2n Handy Recorder. This ultra-portable hand held recorder offers over 20 hours of […]

This handy little sports style GPS device allows you to reocrd, manage and analyze all of your activities, such as hikes, bike trips, jogs etc, using the included QSports software.

LP And Cassette To CD Recorder

No, that big black circle-thing in the picture isn’t an old-fashioned CD. Back in the old days, people would listen to music recorded on discs of vinyl called records. I know. Weird, isn’t it? The LP And Cassette To CD Recorder lets you preserve that […]

Remember cassette tapes and cassette tape recorders? Those bygone days are history but you can still enjoy a bit of nostalgia with the Cassette Tape Recorder Key Chain, which very smartly combines a modern convenience with a retro package. It might look like a throwback […]

This geeky fountain pen does not only allow you to do what you normally do with an item like this; write. It also allows you to use its built-in 4GB storage capacity to play MP3 files and record voice memos. Product Features Interface: USB 2.0 […]

The Silence Of The Lambs Talking Key Chain

The first time I saw it, I immediately knew that The Silence of the Lambs would become one of my favorite movies of all time. There’s just something so eerie and sinister about Hannibel Lecter that I just can’t quite grasp, even today. If you want […]

This portable device allows you to record your favorite TV shows onto a standard SD memory card. When you’re finished recording, simply switch to Video Mode to view the material on a TV or PC.

This pocket-sized lightweight spy gadget allows you to quick and easy record both audio and video at the push of a button.

The Doctor Who 11th Doctor TARDIS 1/6 Scale Replica is a beautiful reproduction of the 11th Doctor’s TARDIS and it is limited to a production run of 1000. It comes with 3 interchangeable control room backdrops and an internal illumination system with light-up rooftop lantern. […]