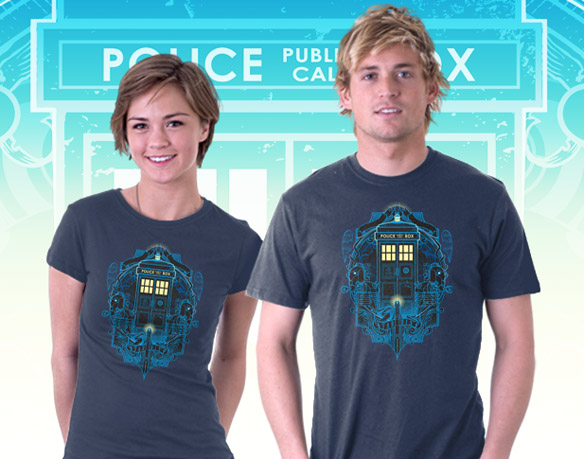 No, the Doctor doesn’t turn evil on the Doctor Who Dark T4RD1S T-Shirt, and neither does the TARDIS, although you have to admit that would be an awesome episode.

Once upon a time ago, artist StudioM6 created an awesome shirt known as the Doctor Who T4RD1S T-Shirt. It’s awesome, with Whovian goodies like the TARDIS, Cybermen, Daleks, Weeping Angels, the Doctor’s iconic sonic screwdriver, and even mysterious hashmarks on the door of the TARDIS to indicate the Silence stopped by. The design is also on a white t-shirt, which isn’t everyone’s bowl of fish fingers and custard.

Now that eye-catching image is available in black, charcoal, and navy. 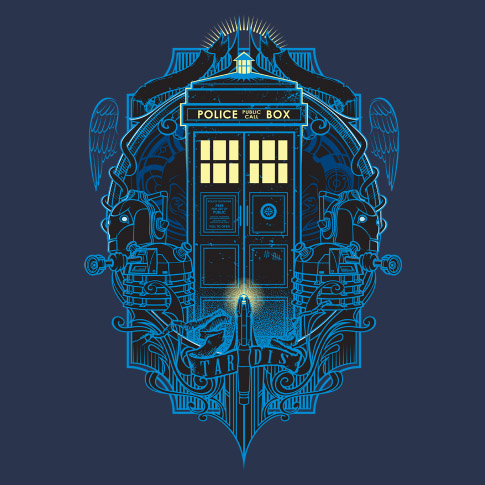 The Doctor Who Dark T4RD1S T-Shirt is available for $20 at TeeFury.

Don’t let the creative spelling throw you off because the Doctor Who T4RD1S T-Shirt does actually let you wear the TARDIS on your chest, along with a few other Doctor Who goodies. StudioM6 brings us some eye-catching Whovian art filled with iconic characters and items […]

Electronic Goldfish in a Bowl

Pets require a lot of your time and dedication. But if you’ve been wanting to get a pet fish for a long time but feel that you simply can’t spare any time for taking care of one, then you can go all high-tech and get […]