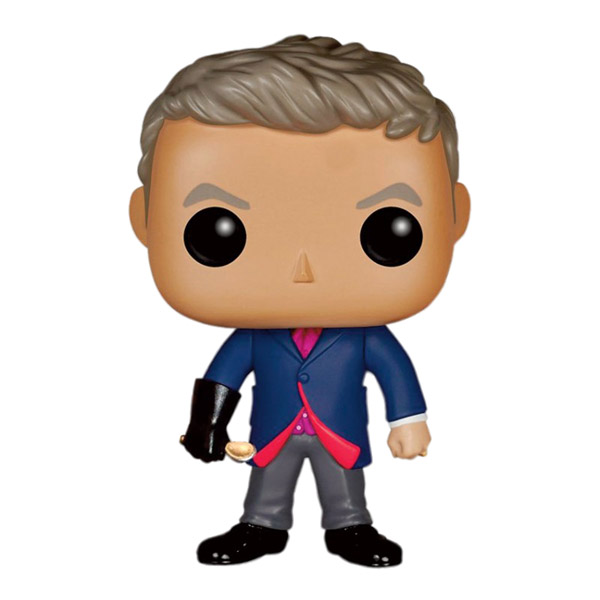 Never bring a spoon to a sword fight… unless you’re the Doctor Who 12th Doctor with Spoon Pop! Vinyl Figure.

The 12th Doctor was still getting used to his new face when he was forced to battle Robin Hood with a spoon. He showed in a short amount of time that any seemingly-harmless kitchenware can be used to defend yourself when confronted by a sharp blade. FYI: Don’t try that yourself unless you’re a Time Lord.

We’ve already seen the Doctor Who 12th Doctor Pop! Vinyl Figure, wielding his sonic screwdriver, and now he wears a black gauntlet and wields a yogurt spoon as he faces the robots of Sherwood.

The Doctor Who 12th Doctor with Spoon Pop! Vinyl Figure will be available later this month but it can be pre-ordered now for $13.27 at PopCultcha.com.

A lot of young parents that I know prefer to prepare their own baby food and ice cream. This way they know exactly what’s going into the treats that their offspring will eventually consume later on. If you and your partner are huge health buffs […]

The latest incarnation of the popular Time Lord is ready to travel through all of time and space as the Doctor Who 12th Doctor Pop! Vinyl Figure. Whovians, rejoice, because Funko has finally brought Doctor Who to the Pop! Vinyl collection. I suspect the Doctor […]