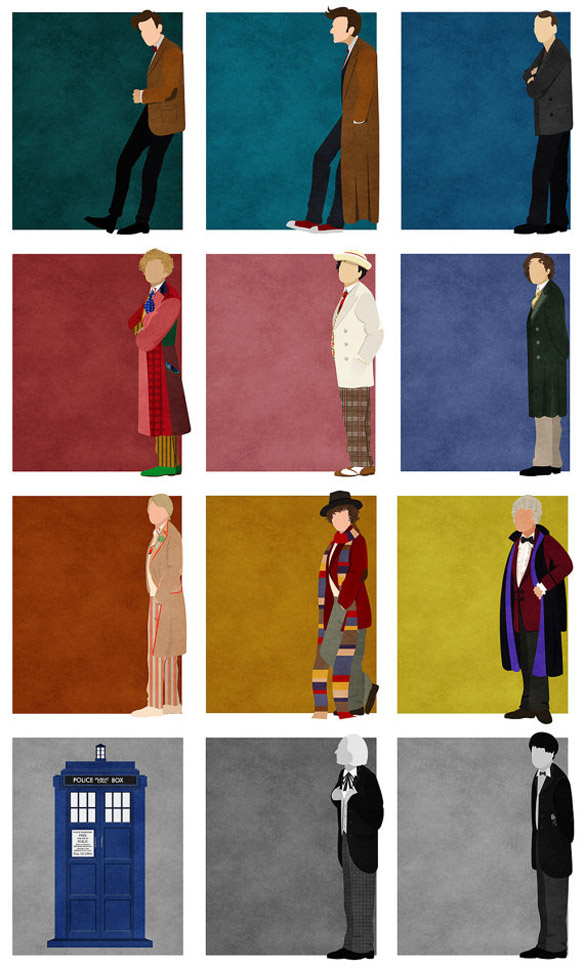 A new Doctor will soon be at the controls of the TARDIS so now is the perfect time to commemorate the Time Lord as he is now with the Doctor Who 11 Doctors and TARDIS Poster.

The 24 x 36 poster features an artistic look at the eleven men who have had the title of Doctor up to this point, from William Hartnell to Matt Smith. I personally think it’s a nice touch that both Hartnell and Patrick Troughton are depicted in black-and-white.

Of course, the Doctor would just be some guy that dresses funny if it weren’t for the TARDIS so the iconic blue box has its place in the line-up, too.

If you don’t have enough wall space for such a large poster or only prefer one or two of the Doctor’s incarnations, each Doctor is also available as an 8 x 10 print.

The Doctor Who 11 Doctors and TARDIS Poster is available for $75 at the JoyfulFox’s Etsy store.

It’s not as big as the inside of the iconic blue police box but the Doctor Who TARDIS Poster Print is still pretty darn big. This 33.14-inch X 46.64-inch image won’t be as difficult to handle as you might imagine when you add it your […]