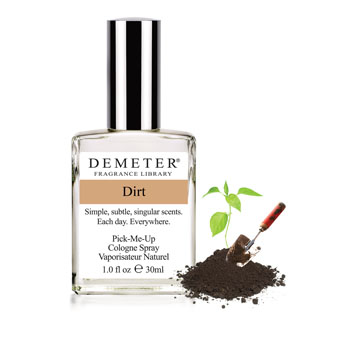 GeekAlerts has shown you Dirt Cologne in the past and like us, we think many of our readers were intrigued. So when scent.com offered us a sample to tryout, we couldn’t resist. Since it is described as smelling like refreshing scent of the outdoors in a bottle, I figured it go could go several ways and anywhere in between. It could smell like a nice morning breeze coming off a southern swell from the Pacific Ocean (something Southern Californians are lucky enough to wake up to), or it could smell like a farm somewhere in the mid-west (which oddly enough to me, is said to be quite pleasant for people familiar with it.)

Besides myself, I decided to let a few people take a sample sniff and gather everyone’s thoughts. Like they say, opinions vary. Personally, I found the scent interesting and not bad at all; while others weren’t quiet as found of it as me. I think it really does come down to your personal preferences and what you think about the outdoors in general. If you are avid outdoorsman and you enjoy getting dirty, then this cologne is worth a shot at on $6 per .5oz bottle. If you are a city boy that doesn’t like to get his hands dirty, then this bottle is very much needed so you can attest to your manliness by stating you’ve had Dirt on you at least once in your life.

You can purchase Dirt Cologne from Scent.com for $6 per .5oz bottle.

Are you a tough guy; or just someone who wants to maintain that sort of image? Do you want to smell like you’ve been out rolling in the yard or at your workshop all day? If so, then a few spritzes of the Dirt Cologne […]

If you want to smell like the Avengers, you don’t have to rub against the Hulk. Just get this Avengers Assembled Cologne Set. This Avengers Cologne Set gives you 4 prestige fragrances: Captain America, Iron Man, The Hulk, and Thor. It’s the perfect gift for […]

Many people like the idea of camping, but don’t exactly like going out in the wilderness to do it. Who wants to sleep with bugs everywhere? Well, now you can smell like a campfire any time you want with Campfire Cologne. It’s the next best […]

What does a creator of iconic comic book characters smell like? You can find out, and smell like that guy yourself, when you splash on some Stan Lee Cologne. What do you do after creating Spider-Man, the Fantastic Four, and a ton of other characters […]

Things can get pretty hot in the Iron Man armor, which is probably why Tony Stark wears this Avengers Mark VII Armor up Iron Man Cologne. It keeps things from getting too nasty. This sophisticated cologne is fit for any super hero and combines mandarin, […]

GeekAlerts introduced your senses to the wonderful world of Demeter Fragrances back when we showed you Dirt Cologne. Now you have a chance to put on fragrances that will drive any nose crazy…good or bad, you decide. The Demeter Fragrances come in a variety of […]

Do you miss your childhood? Maybe you miss that odd smell of Play-Doh as you open the can. Well, you can relive that experience with this Play-Doh Cologne Spray. It will let you smell like Play-Doh all day long, fresh from the can. Your childhood […]

Every geek knows that James Tiberius Kirk gets the ladies. That’s partly because he commands a starship, partly because of the uniform and also because he smells good. Now you can smell just like Captain Kirk thanks to Star Trek Tiberius Cologne.