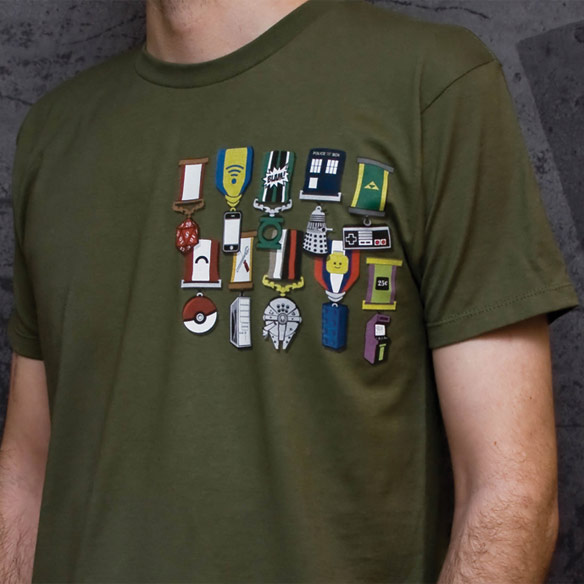 The life of a nerd can be hard sometimes because it’s not easy to display all that hard-won nerd knowledge that’s been acquired through sleepless nights of gaming and weekend binges of cult TV shows, but the Decorated Nerd T-Shirt makes showing off all those mad skills just a little bit easier.

No longer do you have to suffer with the anguish of no medals or patches existing to honor the talents of the humble nerd because this 100% cotton t-shirt lets you reveal your talents in various nerd-centric niches, including comic books, Doctor Who, Star Wars, Nintendo, and arcade games (remember those?). There’s even a nod to the real-world talent of computer repair… because there’s more to being a nerd than being able to recite Harrison Ford’s lines in the Star Wars films. 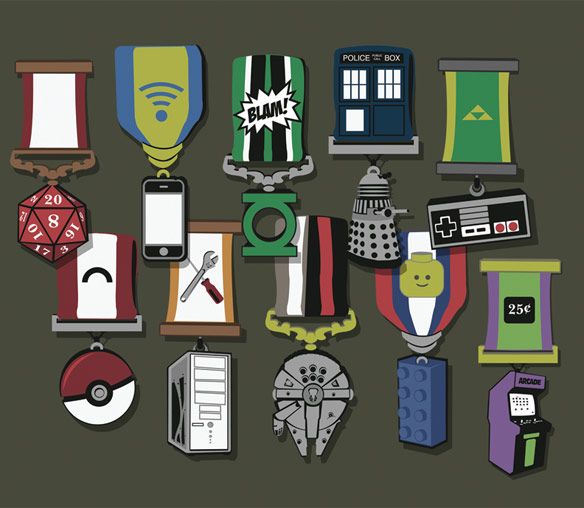 You can get the Decorated Nerd T-Shirt for $18.95 at SplitReason.

It’s cool to be a nerd or geek these days so a lot of people are grabbing glasses and pocket protectors to fit in, but one person was rocking the four-eyed look before it became popular. The Superman Fake Nerd T-Shirt features the man of […]

Are you looking to convert a friend or get your child started in the right direction to becoming a full-fledged nerd?  It’s not easy being one of us.  It takes things like a Girl’s Guide to Dating a Geek and My little Geek ABC Book […]

Our favorite egg hatched creature, Domo, is pulling off his best Urkel impression with this Domo Nerd Plush. Dressed to impress, this 7 inch Domo figure features glasses with tape, plaid button down shirt, suspenders and khakis. Avoid the apples and stick him with the […]

A lot of you dug the Hamburger Bed, which is about as dreamy as beds get. It really ought to be mass produced. Another piece of furniture good enough to hang a fang on is this Hamburger Nod Chair from the Land of Nod. Sure, it’s designed for kids aged […]