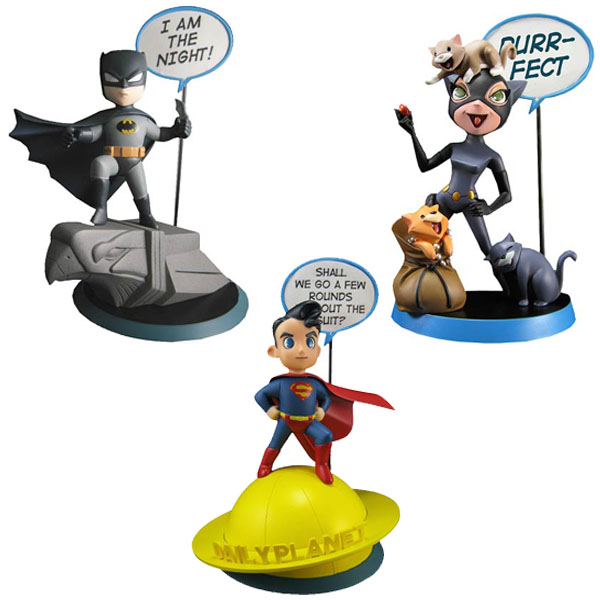 Superman, Batman, and Catwoman are ready to take over the world with super-powered cuteness as the DC Comics Q-Pop Vinyl Figures.

Standing 3 1/2-inches tall (not counting the base), each figure depicts the popular character in a fitting pose, with Superman standing atop the Daily Planet globe, Batman keeping an eye on Gotham City from his gargoyle perch, and Catwoman admiring her new shiny thing while surrounded by her feline friends.

In addition to the chibi-style characters, each figure also includes a white-board speech bubble and Q-Pop marker, letting you write your own phrases or sound effects.

The Speech Bubble Light Box lets you share reminders, motivational sayings, and much more with others and yourself. Why spread the word with a boring message board when you can get the message out with this cool message board light that looks like a speech […]