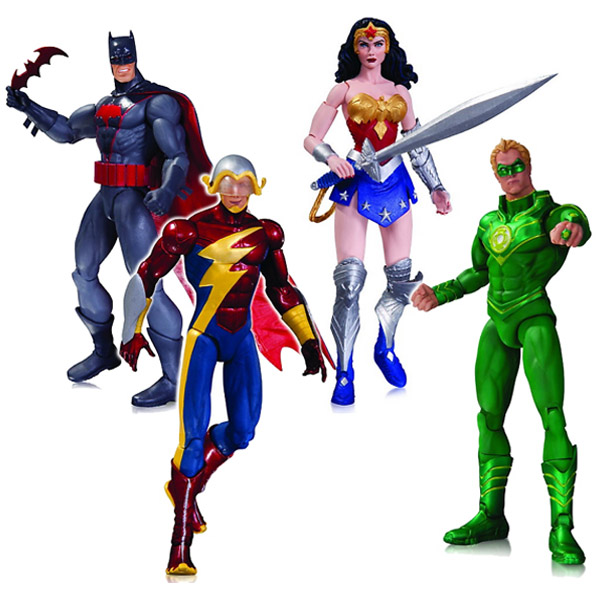 In 2011, DC Comics revamped their iconic heroes with a ‘New 52’ redesign, but as the DC Comics New 52 Earth 2 Action Figures show, they didn’t just change the heroes of one world; they tackled two.

These 6.75-inch action figures show a few familiar faces in a brand-new light, with the change having mixed reactions from comic fans. In my opinion, Batman is the most intense, with the red accents on his uniform making him appear even more intimidating than before. Wonder Woman has stepped things up a notch or two, arming herself with more than just a magic lasso these days. On the other hand, Flash AKA Jay Garrick and Green Lantern AKA Alan Scott take a little getting used to… although Scott’s armored look is growing on me.

The four DC Comics New 52 Earth 2 Action Figures won’t be available until June 2014 but they can be pre-ordered now at Urban Collector. The Flash, Green Lantern, Batman, and Wonder Woman are $19.99 each.

If you’re lucky enough to have an Apple iPad 2 and also like superheroes like Superman, Spider-man, Green Lantern, The Flash, Wonder Woman, and Captain America, you’ll want to buy one of these new Superhero Xgear iPad 2 Cases. These sturdy iPad2 cases are made […]