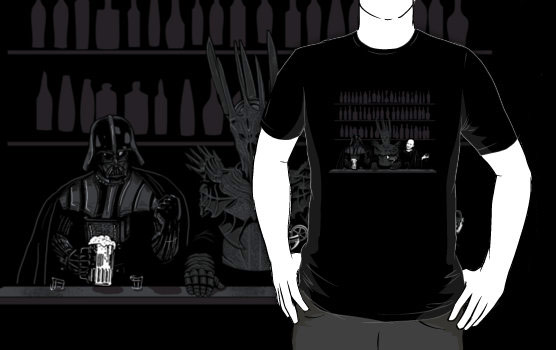 Even the most feared villains in the universe need to take time and chill out every now and then, which is exactly the sight you’re treated to with the Dark Lord Happy Hour T-Shirt.

Personally, I think I’d discover I wasn’t as thirsty as I thought I was if I walked into a bar and saw Darth Vader, Sauron, and Lord Voldemort knocking back some brewskies. It’s possible they might be a little more laid-back when they’re in party mode, but why take the chance? After all, if a bar fight breaks out, the chances of survival for a mere mortal probably aren’t that great.

Also, what are the chances that these guys are happy drunks? After all, one can’t even kill a kid that’s still training to be a wizard, one can’t get his hands on his precious ring, and the last guy probably has the rottenest luck of all of them because he’s having serious problems bonding with his son. 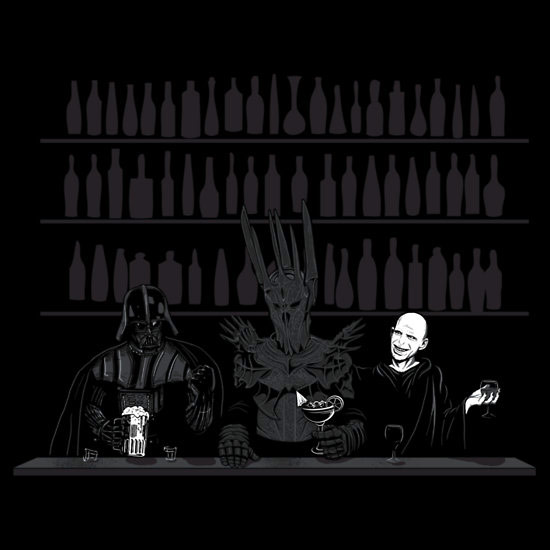 You can get the Dark Lord Happy Hour T-Shirt for $24.54 at RedBubble.com.

Those of us who enjoy beer will appreciate this handy watch. It’s not just a decent looking watch, but it will also open your beer bottles. So, when you look at the Happy Hour Bottle Opener Watch and see that it is time for a […]

Here’s a hoodie fit for a mage, wizard or whatever Gandalf is calling himself these days. If you are going to cast spells, you may as well look good doing it. This cutting edge Technomancer Digital Wizard Hoodie will allow you to cast 10 different […]

There are many cool LED Watches, such as the Sauron, Oberon, Lightmare, Pusher, and Kyokusen, to name but a few. They generally look really cool, but it can be hard to figure out the time quickly. Nu Pop Movement Crazy Hour Watches definitely look cool, […]