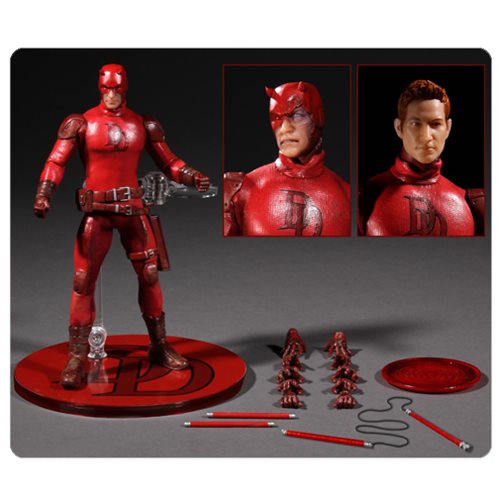 This Daredevil 1:12 Collective Action Figure depicts Matt Murdock, the man without fear in his red suit. He comes with various accessories and features over 32 points of articulation!
Daredevil comes with interchangeable parts, and a deluxe collector friendly fifth panel window box and a translucent acetate slipcover. He even has sculpted shoulder and kneepads, as well as a billy club holder. This action figure is drool worthy.

$80 from Entertainment Earth. Pre-order it now for October.

This Superman One:12 Scale Collective Action Figure from Mezco Toyz is digitally modeled to render a hyper-realistic sculpt that has over 32 points of articulation and comes with a variety of interchangeable accessories. It even has a cloth costume and stands about 6 1/2-inches tall. […]