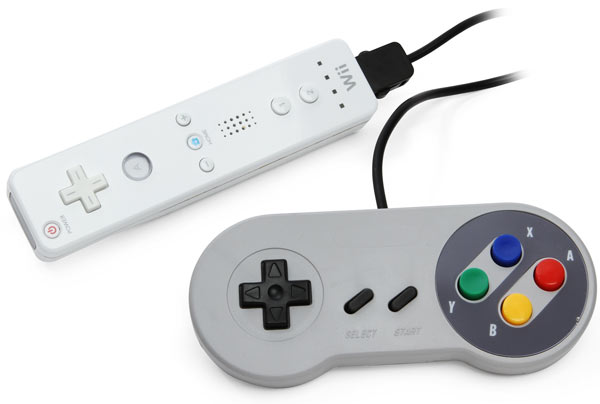 When you want to play your your favorite SNES games using the Wii Virtual Console, you will want to use this Classic Super Famicom Controller For Wii to play them how they were meant to be played.

And besides this is way more comfortable than the Wii controller for those old games. It’s just like using the original controller from the 1990s. Get ready for a button-mashing good time, whether it’s Super Mario World or Punch-Out. 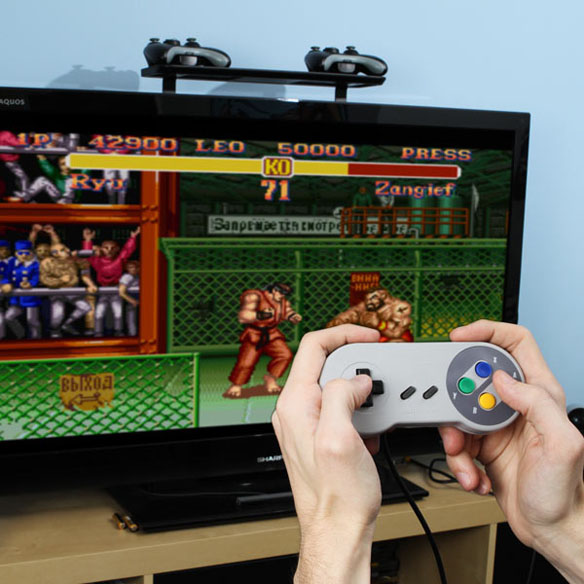 Between playing your classic games and using this controller, you will feel like you’ve time traveled. It is $19.99 from Thinkgeek.

Have you ever wished that you could take those old school video game cartridges on the go and play them on a portable console? The Retro Duo Portable NES/SNES Game System will let you do just that. Play on the go or connect it to […]