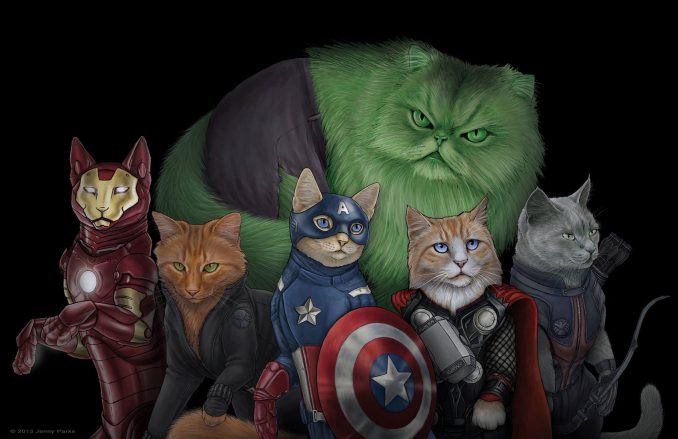 Most people will agree that Disney’s Avengers Movie has a good looking crew of superheroes and supporting actors. You got the two Chris’s, Evans & Hemsworth, Scarlett Johansson, Robert Downey Jr., Tom Hiddleston, Samuel L. Jackson, Gwyneth Paltrow, Mark Ruffalo, and Jeremy Renner. But The Catvengers by Jenny Parks should give them a run for their money.

The Hulk Kitty, aka Hulkitty, looks like it would show the local trash pandas who’s boss of the neighborhood. Jenny has selfie pics for the entire gang of Catvengers: Thor Kitty, Captain Americat, Iron Cat, Hawkeye and Black Widow. She also has tons of other mashup cat illustrations….All of them are a must-see.

I know you are excited about Avengers: Infinity War. We all are. But hopefully these cute pics will hold you over until the end of April. 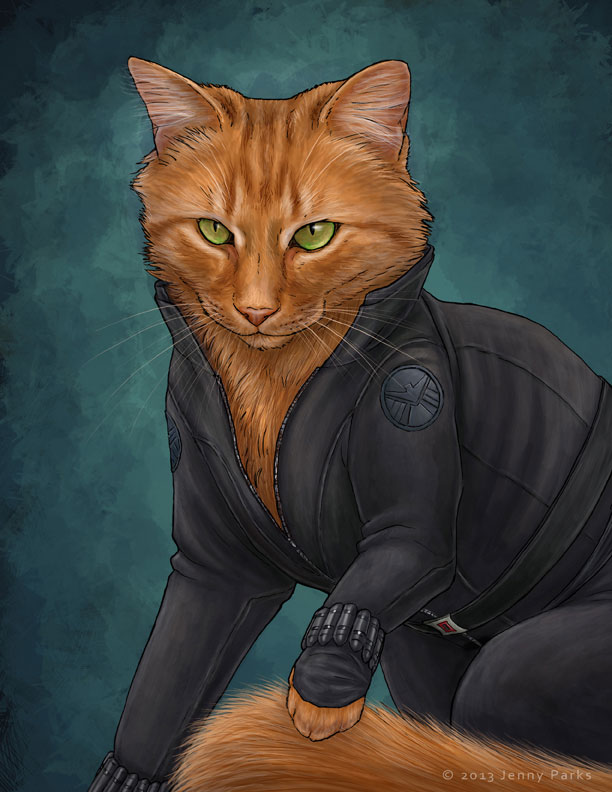 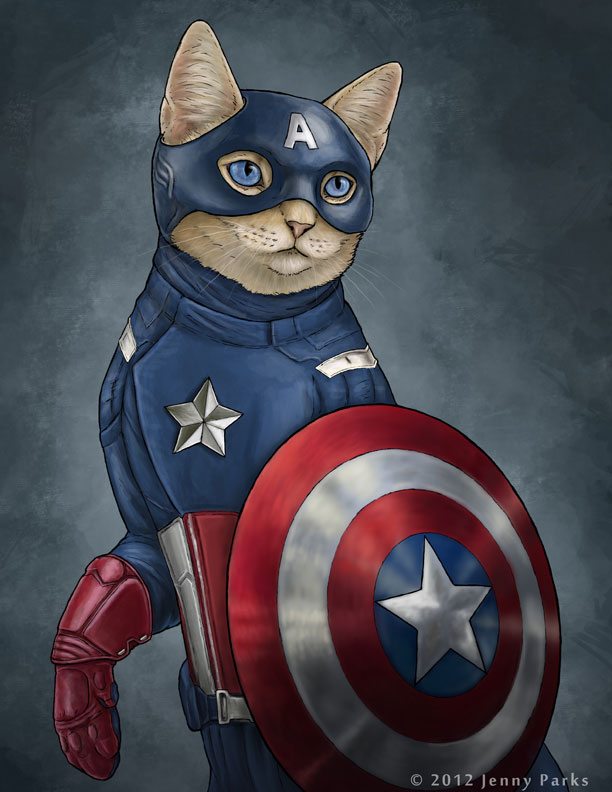 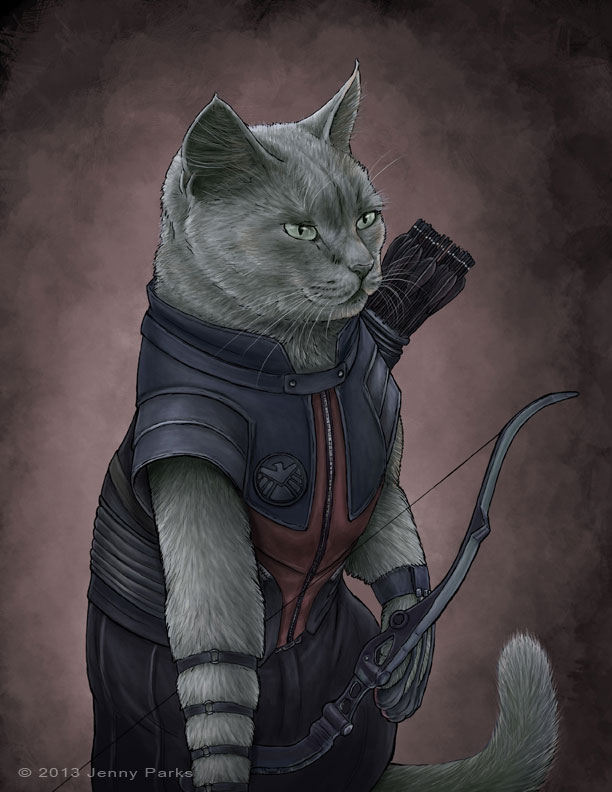 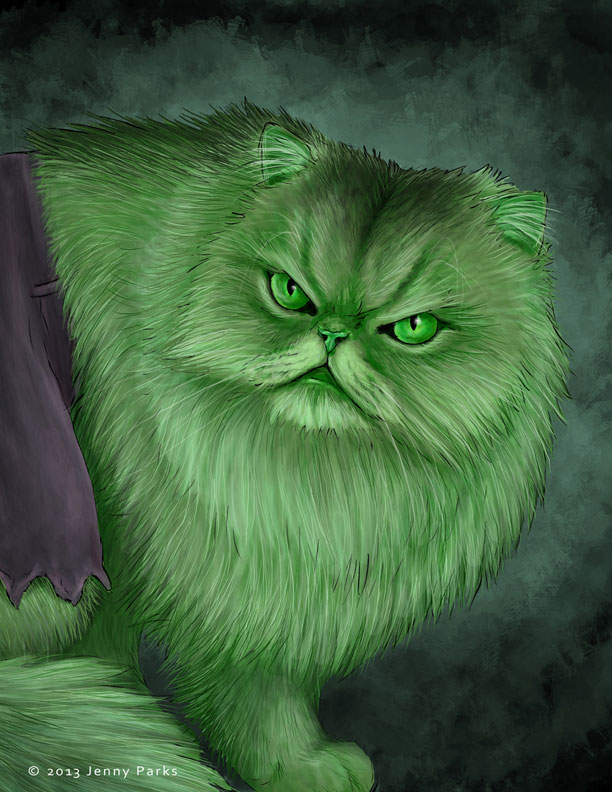 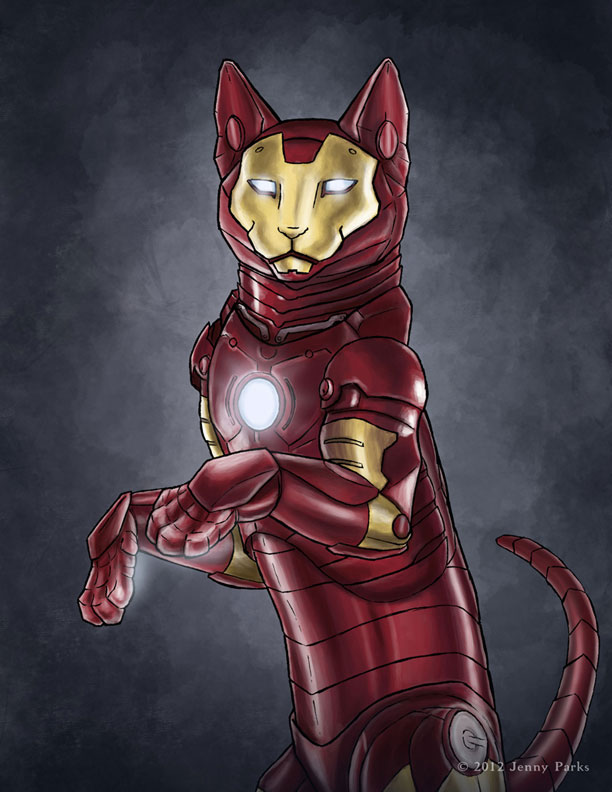 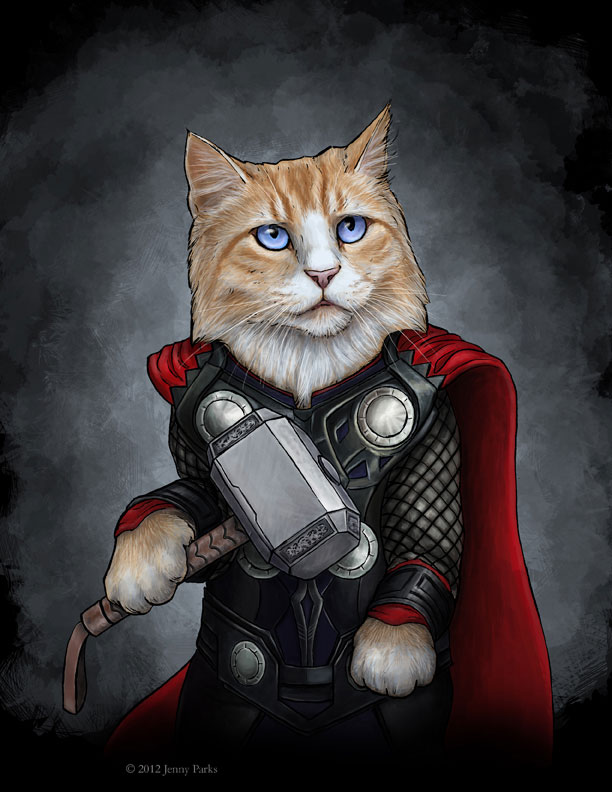 There are tons of Hello Kitty products, such as the Hello Kitty Headphones and Calculator we recently listed. We even listed  a number of Hello Kitty Mobile Phones before, but those were nothing like this Hello Kitty Wristwatch Cell Phone. This mobile phone not only […]

If you like all the funny cat pictures posted on the Internet, get your kitty the DJ Felix Cat Scratching Mat. This cat scratching mat is made of cardboard and looks like a DJ mixing deck complete with posable tone arm and spinning turntable. It […]