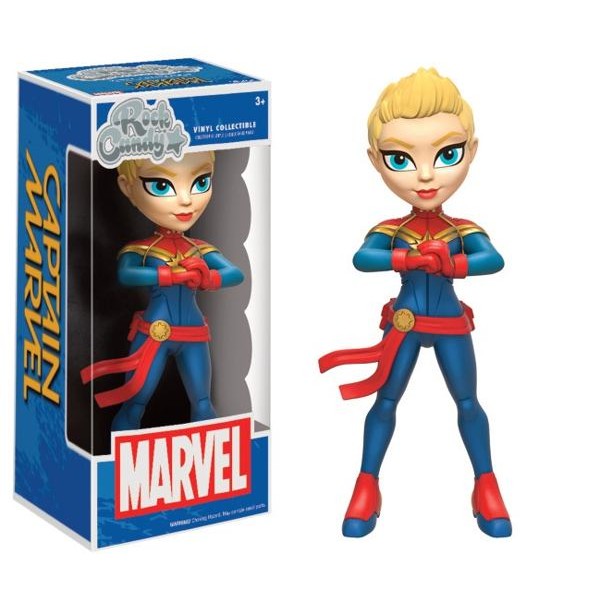 When a scantily-clad Carol Danvers first burst into the superhero scene, she was Ms. Marvel but she got a promotion in 2012 and became Marvel’s Captain Marvel… in addition to getting more combat-ready attire along the way.

Now the cosmic champion undergoes another change as one of Funko’s Rock Candy figures. Standing approximately 5-inches tall, the Captain strikes a pose that lets everyone know she’s ready to take care of business.

The Captain Marvel Rock Candy Vinyl Figure will be available December 2016 but it can be pre-ordered now for $10.99 at Entertainment Earth.

Carol Danvers soars into the stars with the Captain Marvel Premium Format Figure, featuring two different looks for the former Ms. Marvel. Many heroes have called themselves Captain Marvel, even some arrogant kid over in the DC Universe, but none have been more worthy of […]