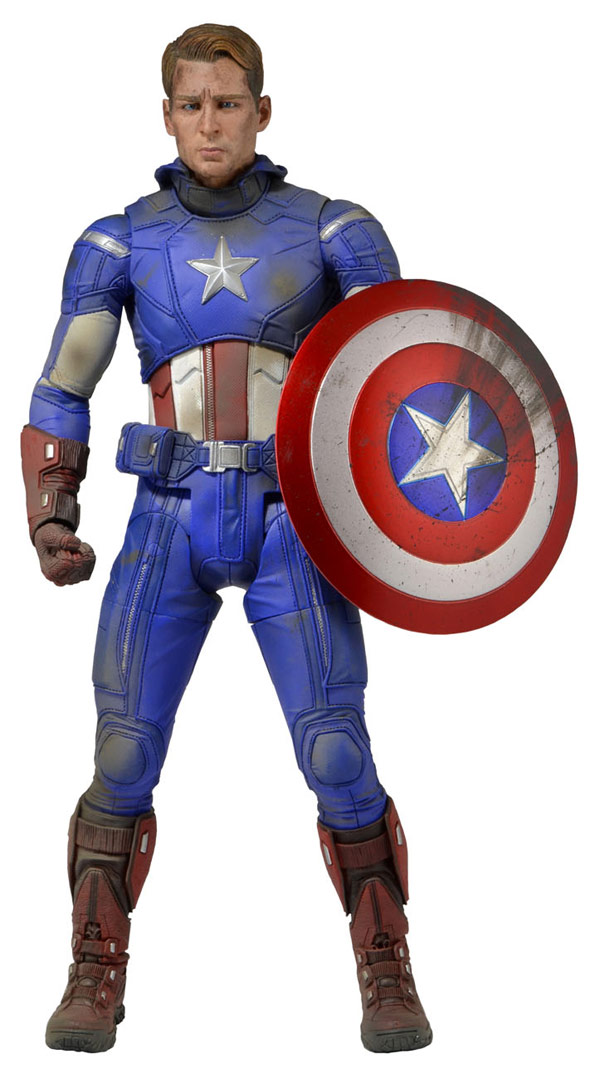 The star-spangled hero is apparently having a bad day but that doesn’t have to stop you from creating more exciting adventures with the 18-Inch-Tall Captain America Battle-Damaged Action Figure.

Standing 1.5-feet tall and wearing his stars-and-stripes uniform from “The Avengers,” this action figure features an unmasked Cap with over 25 points of articulation, including neck, shoulders, torso, elbows, hips, knees, and wrists, along with a head sculpt of Chris Evans, who has portrayed the hero in Captain America: The First Avenger, The Avengers, and Captain America: Winter Soldier.

The 18-Inch-Tall Captain America Battle-Damaged Action Figure will be available June 2014 but it can be pre-ordered now for $99.99 at Entertainment Earth.

The Avengers Battle Damaged Captain America 1:4 Scale Action Figure depicts our favorite Marvel hero after taking some serious damage. This highly detailed battle-damaged action figure of Captain America is a 1:4 scale figure that measures an impressive 19-inches tall. It is based on his […]

If you like models, Iron Man, and a slightly scruffy-looking Tony Stark, you’re going to love the Iron Man 3 Mark 42 Battle Damaged Action Hero Vignette 1:9 Scale Pre-Assembled Model Kit, and you don’t even have to worry about getting involved with any glue […]