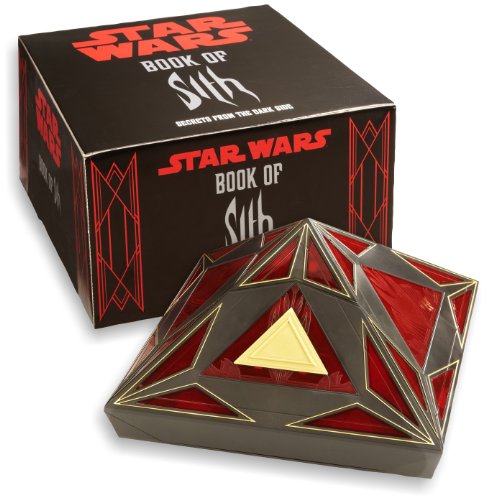 The secrets of the Sith can now be at your fingertips, with the Book of Sith: Secrets from the Dark Side. Just push a button and the door of the pyramid case lifts, accompanied by lights and Star Wars sound effects. The secrets are now yours my young apprentice.

It contains the writings of various Sith and Jedi. If you ever wanted to be an expert on the Sith, this is the book to read. This information was tracked down by Darth Sidious himself. 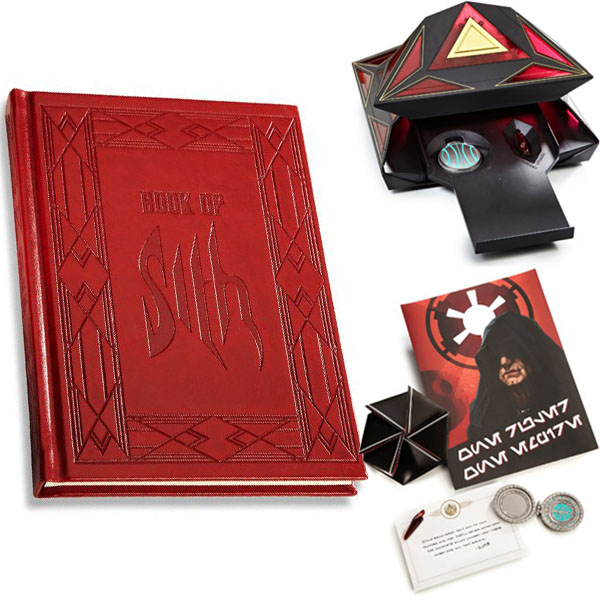 In his quest for domination, Darth Sidious tracked down what remained of five pivotal Sith texts written by his most powerful predecessors. Then, drawing on the knowledge within the compiled pages, he wrote a sixth text—his own manifesto. Together, these documents, along with several collected objects associated with them, shed light on the philosophy, achievements, and failures of the Sith Order. For years, this collection remained hidden, existing as legend only. But now all who are tempted may unlock the Book of Sith and delve into the dark side. . . .

Luke Skywalker is outnumbered on the Star Wars Vader Luke Sidious T-Shirt but the Force is strong in him so he should be okay. The 100% cotton tee features a distressed print on the front and back that includes Darth Sidious, Darth Vader, and Luke […]

Harry Potter and the Chamber of Secrets: The Illustrated Edition

The great Dumbledore said it is our choices that show what we truly are, and choosing to get Harry Potter and the Chamber of Secrets: The Illustrated Edition shows that you are a very wise wizard. You know the story. After discovering he’s a wizard, […]

You wear the clothes, you buy the toys, and you even read the books; so why not get the Star Wars Yoda & Sith Lord License Plates. Whether you are a Jedi on fighting side by side with Yoda and Ben, or a Sith Lord […]

The Dark Side was never considered fashionable… and then you walked in wearing the Darth Vader Dark Side Necklace. Sometimes, it seems like the Imperials are hopelessly lost when it comes to looking good. The Emperor wore black. Vader wore black. Even red-skinned Darth Sidious […]

Spider-Man We All Have Secrets Fine Art Print

Not everyone has the good fortune to get bitten by a radioactive spider, but as the Spider-Man We All Have Secrets Fine Art Print shows, it only takes the power of imagination to unlock your inner wallcrawler. Artist Jason Ratliff created this magical look inside […]