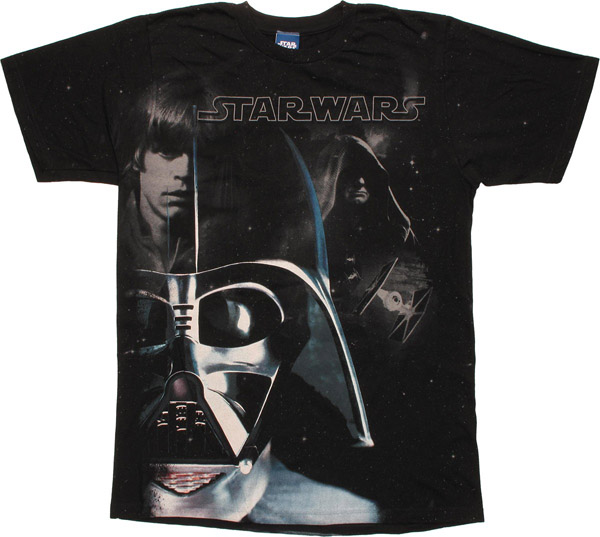 Luke Skywalker is outnumbered on the Star Wars Vader Luke Sidious T-Shirt but the Force is strong in him so he should be okay.

The 100% cotton tee features a distressed print on the front and back that includes Darth Sidious, Darth Vader, and Luke Skywalker. Vader’s position is changed on the back, and the Star Wars logo is also missing from the back image.

It would seem like poor Luke wouldn’t stand a chance against the combined power of Sidious and Vader… and actually, he didn’t since the Emperor was busy kicking his butt when Vader finally decided to abandon the Dark Side and rescue his son. I guess the farmboy was lucky to have a real Jedi around. I kid. I kid. Luke’s okay for a guy that made out with his sister. 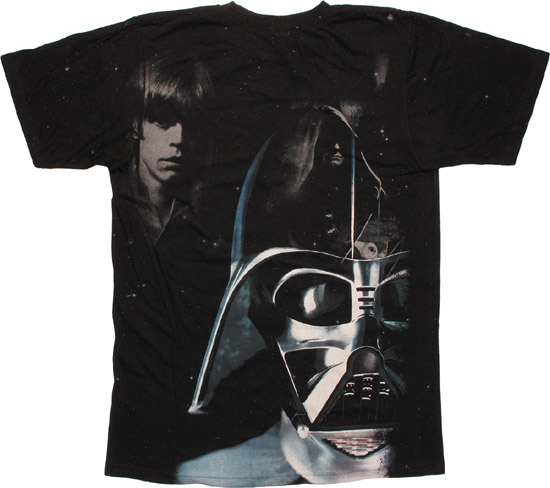 The Star Wars Vader Luke Sidious T-Shirt is available for $12.99 at StylinOnline.com.