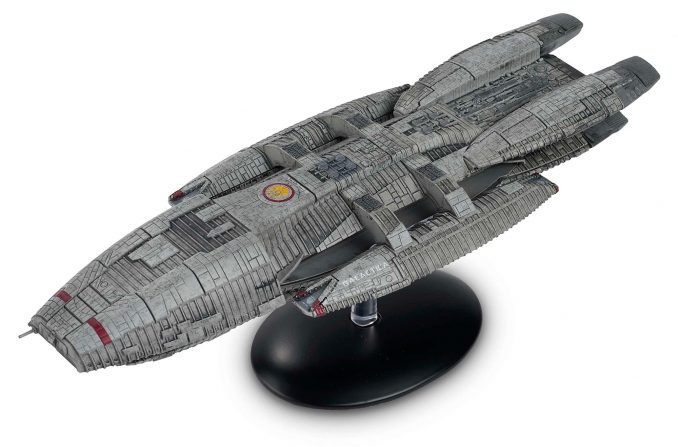 The third ship to take flight into the Battlestar Galactica The Official Ships Collection is the modern Galactica (BS-75), a Colonial super battleship that survived the Cylon assault on the twelve colonies, becoming protector and provider for humanity’s only survivors.

This incredible die-cast Battlestar Galactica Ship measures approx 25 cm long and is brought to life in die-cast metal and high-quality ABS materials. Its robust design means it can endure hundreds of conflicts and no other ship has more heart and soul than this battle-worn behemoth.

Comes complete with a 16-page collector’s magazine providing an in-depth profile of the ship, exclusive behind the scenes articles, original design sketches, and an interview with series developer Ronald D. Moore.

What are you waiting for? Get there before the Cylons arrive!

This Battlestar Galactica Ship is $60.90 at Hot Topic. You can also find it at Entertainment Earth.