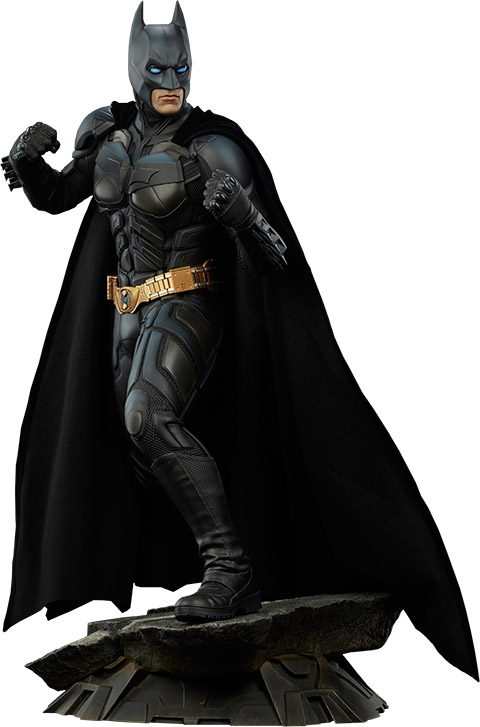 All it takes is one bad day to reduce the sanest man alive to lunacy but no bad days are in sight with the Batman The Dark Knight Premium Format Figure.

Based on Christian Bale’s Batman in “The Dark Knight,” this 20-inch tall figure features Batman striking an intimidating pose, ready to take on the Joker in a battle over Gotham City’s soul. In addition to an advanced Batsuit with intricate armored plating, a velvety black cape, and a newly redesigned cowl, the figure also comes with an exclusive swap-out portrait showing Batman using Lucius Fox’s sonar vision technology.

The Batman The Dark Knight Premium Format Figure will be available Aug 2016 – Oct 2016 but it can be pre-ordered now for $469.99 at Sideshow Collectibles.