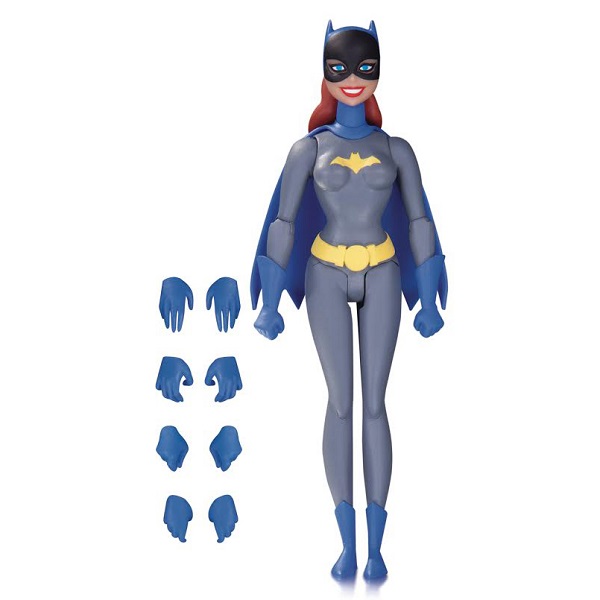 Forget the purple and yellow because the Batman: The Animated Series Batgirl Grey Suit Action Figure is all about the blue and grey.

Based on the designs of Bruce Timm, this approximately 5 1/3-inch-tall figure features the original animated look of Barbara Gordon’s masked vigilante, before she switched to a darker look that included a black outfit with yellow gloves and boots.

In addition to her original Batman: TAS style, the action figure also comes with a variety of interchangeable hands.

The Batman: The Animated Series Batgirl Grey Suit Action Figure will be available August 2017 but it can be pre-ordered now for $23.99 at Entertainment Earth.

Take a minute and check out Rout.com; You’ll be glad you did!

This Batman: The Animated Series Batgirl Bust is cute and full of attitude. This bust of Barbara Gordon’s alter ego captures Batgirl as she appeared in the early seasons of the animated series. It measures about 5-inches tall and sits on top of a pedestal […]

A new character in the Batman universe rockets onto the scene with the Batman The Animated Series Roxy Rocket Deluxe Action Figure. As far as villains go, Roxy is pretty tame but she sort of shares a bond with Harley Quinn. Roxy Rocket blasted into […]

Batgirl comes to life with this DC Comics Designer Series Batgirl by Greg Capullo Action Figure. Crisp colors and stunning detail make for a Batgirl figure worthy of display. This figure is based on the designs from the best-selling artist of Batman, Greg Capullo. Batgirl […]