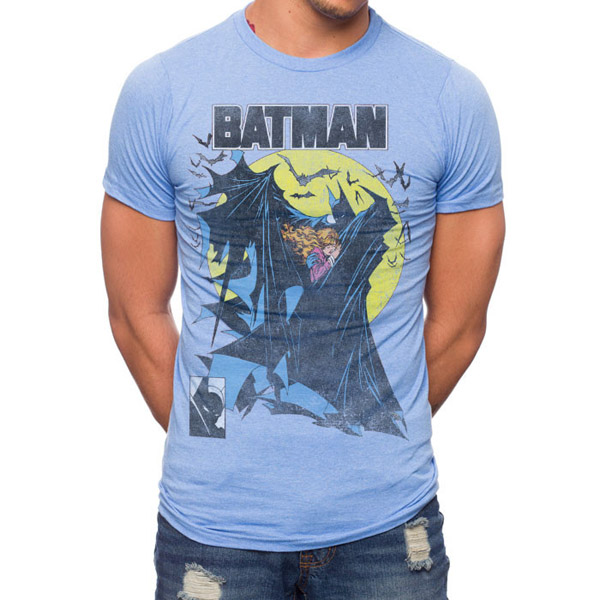 The fierceness is all in the cape with the Batman Mcfarlane Art T-Shirt.

If this 50% Cotton / 50% Polyester shirt doesn’t satisfy the comic geek in you then the comic geek in you simply can’t be satisfied. First, we have the Dark Knight, and that in itself is awesome, but this isn’t just any Batman image. This is the cover art for the Batman #423 from January 1, 1988, created by the one and only Todd Mcfarlane, who used a strikingly similar image for Spawn #230.

It’s the perfect tee for fans of Batman, Mcfarlane, and awesome superhero art, and it’s available in either blue or red. 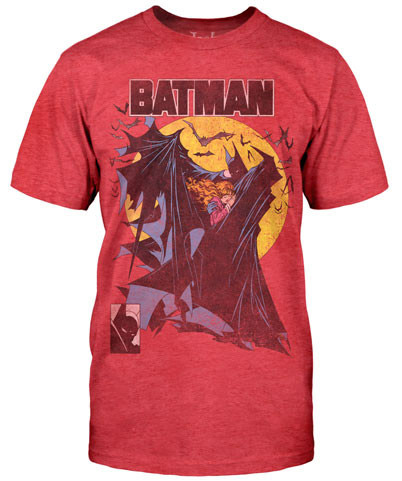 The Batman Mcfarlane Art T-Shirt is available for $25 at Jack of All Trades Clothing. Find tons of other great deals on Batman Merchandise at Rout.com.

This Destiny Action Figure Set is perfect for fans of the hit video game. These highly detailed 7-inch action figures feature Iron Banner – Hunter, Vault of Glass – Titan, and King’s Fall Warlock. All modeled from in-game assets. Each figure has accurate and hyper […]

Become one with the Bat with the Batman Extreme Art T-Shirt, which lets Batman be both stealthy and eye-catching at the same time. This monochromatic image of the Dark Knight features Batman looking as tough as usual while standing in front of a full moon. […]

Ever wished you could soar through the air like Superman, pummel bad guys like Batman, or look as good as Batgirl or Wonder Woman while doing the hero thing? Personalized Superhero Action Figures let you live the dream. With a couple of photos and some […]