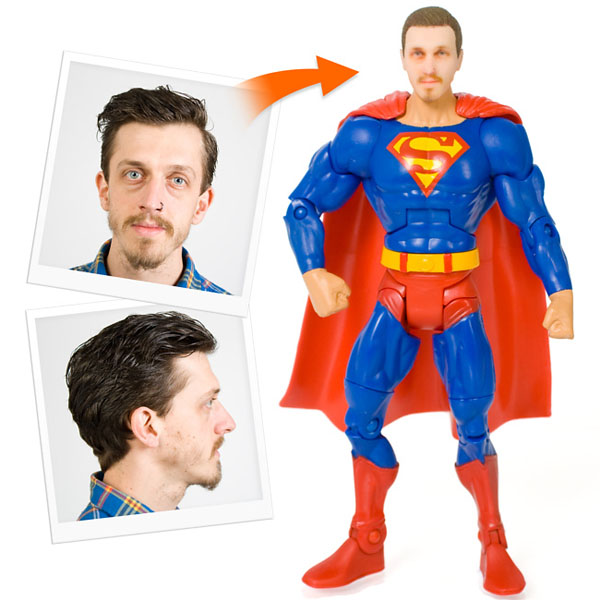 Ever wished you could soar through the air like Superman, pummel bad guys like Batman, or look as good as Batgirl or Wonder Woman while doing the hero thing? Personalized Superhero Action Figures let you live the dream.

With a couple of photos and some DIY skillz, you can have your very own action figure, and show a few DC Comics icons how things are really done when it comes to upholding truth and justice… or maybe your Superman will rule the world. It’s your action figure with your face so the decision to wield those powers for good or evil are totally up to you.

Don’t want to be a goodie-goodie hero but can’t handle the thought of making one of your childhood heroes do naughty things? Not a problem because you can also have your face slapped onto the body of the Joker… and nobody’s more messed up than that killer clown so act as depraved as you like. 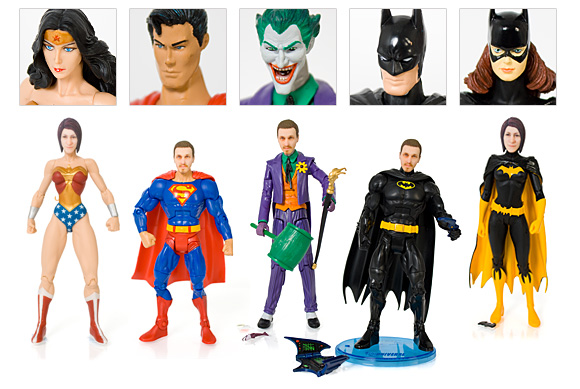 As if having your face on the body of a superhero wasn’t cool enough, this is basically two items in one because not only do you get the custom head for the body, but you also get the original head that actually goes on the figure so you’re able to have twice the fun.

Of course, these figures are meant for display purposes only, but can you really resist zooming your version of Superman through the air, finally living those dreams of being the Man of Steel?

All you have to do is follow these simple instructions to get the ball rolling and your face will soon be added to the gallery of some of the world’s greatest heroes, or one of the world’s most insane rogues.

You can start creating your super alter-ego now with the Personalized Superhero Action Figures for £79.99  (approx. $104.45) at Firebox.com.

If for some strange reason you’re not into Star Wars or you just need a break from wearing your Star Wars Footed Pajamas so you can wash them, then the Superhero Fleece Pajamas should fill in nicely. Choose between Batman and Superman and solve important […]